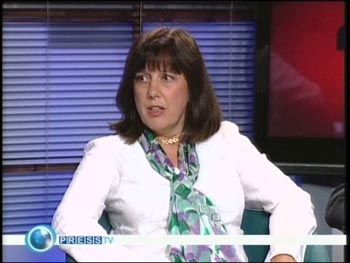 MEK’s financial backers are has blown over. It means that attention can now properly be returned to the situation of the MEK in Iraq where the urgent problem is how to restore basic human rights to the former MEK fighters trapped in Camp Liberty. Because although UN inspectors and Diplomatic representatives have attested to the more than acceptable living conditions in the temporary transit camp, the residents continue to be denied their basic human rights by the MEK leadership. Since 2003 the Americans have been complicit in allowing the MEK to mistreat the membership. Unfortunately this situation has continued at Camp Liberty to where all but a handful of the former Camp Ashraf residents have been relocated.

Massoud and Maryam Rajavi run a personality cult which dictates to the members that only they should be worshipped and adored. There is no room for other relations, even friendships. In the MEK, members are not even permitted to maintain a relationship with other family members inside the group, such as siblings, parents, aunts, uncles, cousins. Relations between individuals is severely restricted and constantly monitored for infringements. This state of affairs is maintained through a harsh, unremitting regime of daily confessions with infringements – or sins – punished by an escalating system of public humiliation, beatings and isolation. In Camp Liberty residents are billeted six to a bungalow even though enough space has been allocated to allow for two per housing unit. The cult leaders insist on more than two people sharing as a means to prevent dissenting views from being discussed behind closed doors.

In Iraq the estranged families of MEK members have maintained a vigil outside both Camp Ashraf – and now Camp Liberty – for nearly three years. These families have travelled to Iraq to try and get news of and contact with their loved ones who are being held hostage by the Rajavi cult. Massoud and Maryam Rajavi have imposed cruel conditions on their followers in which nobody is allowed to have contact with their families outside the cult without the permission of the leaders.

The Americans in Iraq have done nothing to help these families reach their loved ones. Instead they have apparently done everything possible to prevent the dissolution of the MEK as a single entity, in spite of being informed of the cult nature of the group.

However, because the US terrorism list has no relevance in Iraq, the Government of Iraq will not change its stance because of this action. Indeed, no government of any colour would be able or willing to keep any MEK in Iraq because of its history of violence against Iraqi citizens.

Since the US government no longer regards the MEK as terrorists the Americans should now make a real effort to remove them from Iraq for their own wellbeing. The State Department claims that the MEK has publicly renounced violence – even though there is no evidence that the MEK leader Massoud Rajavi has made any verbal or documented declaration to this effect. (Who do the State Department thinks actually runs the MEK? Lawyers?) As such the MEK should be expected to fully decommission its military personnel and reconfigure its internal structure to allow it to pursue exclusively peaceful and democratic opposition activities against the governments of Iran and Iraq, and possibly Syria.

The burning question then is what the MEK will do with its redundant former fighters in Camp Liberty in Iraq? As avowed enemies of the Iranian government they must presumably take refuge in the West. To qualify as refugees they must renounce their membership of the MEK as a political entity. Logically this should not present any difficulty as they are no longer needed as fighters. (Because the MEK is now a peaceful organisation with no need for any personnel trained in violence or military/terrorist style activity.)

The first step is to open up Camp Liberty to the outside world, to the families and humanitarian NGOs which are waiting to offer help to the residents. The residents must be given access to external information sources, internet, television, telephones, print media, etc. Conditions must prevail such that each resident is able to enjoy freedom of movement in the camp, freedom of association in the camp, including between the genders, and freedom to contact their families. This would represent a first, yet vital, step toward solving the problem of the MEK in Iraq. 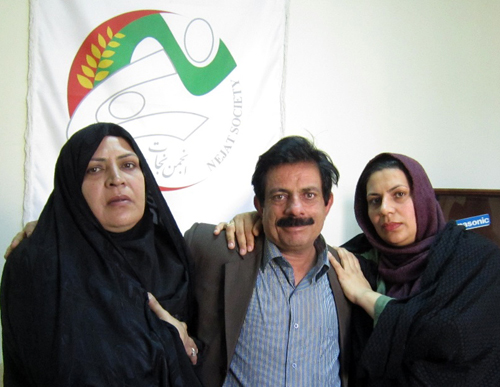 Firsthand accounts on the MKO camps in Iraq