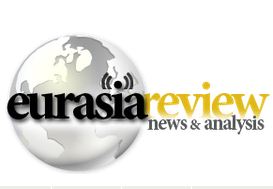 notorious Mujahedin-e Khalq (MeK) Organization from its blacklist of terrorist organizations on September 28, 2012, has been followed by many analytical accounts. They ranged from many media analyses provided by the Western and Iranian experts who were opposed to the decision, to admiring accounts by former American politicians. The proponents of the move among former US politicians were mostly those whose palms had been greased by the MeK through accepting hefty financial contributions from the organization. They had, therefore, organized extensive campaigns and lobbies across the United States in order to take the name of the organization out of the list of terrorist organizations.

Iran
This article does not actually mean to put renewed emphasis on this grave mistake which has been committed by the US government. It is already too late and the United States has provided the group with considerable maneuvering room. (A secondary point here: given the behavior of the Canadian Prime Minister Stephen Harper and its government in the past years, especially in the past few months, it is almost certain that Ottawa will soon remove the MeK from its list of terrorist organizations in order not to lag behind the United States and the European countries in this regard!)

This paper only means to remind Western politicians of a few characteristics of this terrorist organization as defined by firsthand Western sources. Let’s hope that this would help the Americans to realize that delisting the MeK is not just a simple delisting of an organization from the long list of 52 organizations designated as terrorist entities by the US Department of State. This delisting, however, will have consequences and implications which may prove to be quite different from what they may seem at a first glance.

1. The issue of weird and cult-like conduct of the leaders of this organization and their bizarre treatment of other members has been acknowledged by many Western sources. A special case was a report released by RAND (Research and Development) Corporation in 2009, entitled “The Mujahedin-e Khalq in Iraq: A Policy Conundrum,” (1) in which a special part had been dedicated to “Cultic Characteristics of the MeK.” Under that title, the report says, “… [MeK’s] subsequent exile undermined its optimism and openness. In France, Masoud Rajavi dramatically changed the nature of the organization. In 1985, he announced that Maryam Azodanlu, the wife of his close associate Mehdi Abrishamchi and the younger sister of a senior MeK member, would assume the position of MeK co-leader. Rajavi divorced his second wife, the daughter of former Iranian president, Abol-Hasan Banisadr, Rajavi’s ally, and announced that Maryam would divorce her husband and marry him. These actions would advance a new “ideological revolution.”

The Rajavis claimed that their new revolution was meant to highlight the equality of women, an idea that the IRI [Islamic Republic of Iran] found threatening. Although the MeK did promote women to leadership positions, which constituted a reversal of tradition in Iranian society, the marriage and the subsequent aggrandizement of Masoud Rajavi’s leadership role marked the beginning of an organizational transformation into a cult of personality. Initial changes included increased mandated study, enforced communal living arrangements, and imposed supervision of the group’s membership in exile throughout Europe.”

Elsewhere in the same document, it says, “After the MeK moved to Iraq in 1986, the Rajavis created the NLA [National Liberation Army], which included nearly the entire MeK contingent in Iraq, and they used its militaristic structure to consolidate their control.

Following the failure of Operation Eternal Light, the Rajavis initiated a series of policy changes that continued the transformation of the increasingly insular organization into a cult. While rarely admitting total failure, Rajavi implied in his speeches that the operation had not achieved its goals due to insufficient devotion to the overthrow of the IRI among the MeK rank and file, who were instead distracted by sexual interests as a result of their coeducational housing. To enforce a new “military” discipline, rank-and-file members were instructed not just to move into gender-segregated housing but also to divorce their spouses, maintain complete celibacy, and even cut off communication with friends and family, both within and beyond MeK compounds. Love for the Rajavis was to replace love for spouses and family. In addition, the Rajavis used funding provided by Saddam to construct self-sufficient camps that included schools, medical clinics, training centers, and prisons (often called “reeducation centers”) so that the population had little need for contact with the society beyond its walls.”

Three years after the RAND report was released, that behavior still continues within the ranks of the organization. Many examples of it can be found in the weblogs run by ex-members who have succeeded to escape the clutches of this organization. The authors of the RAND report have also noted in the conclusion part of their report that, “MeK leaders and supporters … allege that former MeK members and critics of the MeK are either Iranian agents or their dupes. However, interviews with US military and civilian officials, information voluntarily furnished by former MeK members at the ARC, and visits to Camp Ashraf suggest that these denials are not credible.”

3. The United States, put the MeK, or as better known in Iran as ‘Monafeqin (hypocrites)’, on its list of terrorist organizations in 1997 and delisted them in 2012. The Council of Europe also listed the MeK as a terrorist organization in 2001 and delisted it in 2009. Britain, likewise, put the MeK on its terror list in 2001 and delisted it in 2008. Such periods of being “listed” and “delisted” have been seldom repeated for any other terrorist organization. Many such organizations have stayed on the terrors lists of the United States, the UK, or the European Union for many long years. It would be very ridiculous to assume that this development followed a decision by members of this group to really give up terrorism, regret their past deeds and try to go for more democratic approaches. Therefore no other explanation for this measure may occur to an analyst, except for the direct role of political decisions and expediencies, topped by the decision to use the MeK as a means of exerting pressure on Iran. The independent observers have, as such, considered this issue as a proof to the fact that the United States’ judiciary is not a truly independent power.

4. Last year, the UN special rapporteur on human rights for Iran, Ahmed Shaheed, submitted his first report to the UN Human Rights Council in which had had pointed to 17,000 names given to him by an Iranian nongovernmental organization in writing as the names of those killed in terrorist operations by the MeK. The Iranian nation will never forget two facts about this group. The first fact is countless cases of blind assassinations carried out by MeK members in early post-revolution years which were mostly carried out by members of this group in desolate streets and places and targeted people who were only suspected of being connected in some way to the nascent establishment of the Islamic Republic. They included many shoemakers, workers, bakers, teachers and civil servants. The second fact is their unbridled cooperation with the former Iraqi dictator Saddam Hussein during his imposed war against Iran. Without a doubt, it will be impossible for the Iranian nation, regardless of their political tendencies for or against the Islamic establishment, to imagine that the United States does not consider this group as a terrorist group anymore.

5. From 2003 onward and after this terrorist group lost its support from Saddam, its members lived in limbo at Camp Ashraf. The internal cult-like rules of the organization considered escaping to Iran by its members as a great treachery which was punishable by death. However, since 2005, many of them have returned to Iran voluntarily and through mediation of the International Committee of the Red Cross (ICRC). Perhaps, removing the MeK from the US Department of State’s list of terrorist organizations will make it possible for its members to interact more freely with the ICRC, or return to their families in Iran with more ease. In that case and if the MeK actually decided to stop its overt activities as well as covert terrorist operations against Iran and accept a more democratic structure in order not to be listed as a terrorist organization again, it would perhaps die in a few years. The reason is that the MeK owes its identity to its strange, clichéd, cultic, and inflexible rules and any kind of compromise in that regard will totally change its identity. There is a Persian proverb which says that “at times a remedy works just the opposite of what it is intended to do.”