During the 1960s, various armed radical movements emerged across the world. Under the great impact of Che Guevara, Fidel Castro and other anti imperialist figures and movements, the six Iranian university students

including Mohammad Hanifnejad, Said Mohsen and Ali-Asghar Badizadegan founded the early Mujahedin Khalq Organization. As Professor Ervand Abrahamian says the group was more “religious, radical, anti-American” than the earlier generation of leftists that had taken over in the Iranian politics during the 1920’s.[1]

The early MKO founders considered Mohamamd Reza Pahlavi,” a puppet of the United States”. They differed from other anti-Shah groups in their embrace of violence, according to the US Defense Department Report, RAND.[2]

The MKO’s first terrorist attack, bombing against an electricity factory in Tehran was carried out in 1971.The group’s anti-imperialist campaign included assassinations, bombings, kidnaps and bank robberies. The State Department report of November 1992 notes:”the founding members of the Mujahedin rejected non violence reformism. Instead they established an organization dedicated to armed struggle." [3]

“Bombs were the Mojahedin’s weapon of choice, which they frequently employed against American targets.  On the occasion of President Nixon’s visit to Iran in 1972, for example, the MKO exploded time bombs at more than a dozen sites throughout Tehran, including the Iran-American Society, the U.S. information office, and the offices of Pepsi Cola and General Motors.  From 1972-75, when an internal MKO upheaval and more regime arrests temporarily slowed down their activities; the Mojahedin continued their campaign of bombings, damaging such targets as the offices of Pan-American Airlines, Shell Oil Company, and British organizations. They also attacked police posts and prisons.”[4]

The DOS report lists the six US citizens and military personnels who were assassinated by the MKO during the 1970’s:

In May 2012 when the Secretary of State Hillary Clinton was about to delist the MKO following the large-scale well-paid lobbying campaign of the group in the US administration and congress-which ultimately ended with the removal of the group from the list of Foreign Terrorist Organizations of the US State Department- Raimondo wrote an article titled ”Hillary’s Terrorists”. The post began with the heart-breaking story of the assassination of Col. Shaffer and Lt. Col. Turner:

On May21, 1975, Colonel Paul Shaffer, military attaché to the US mission in Iran, kissed his wife and two children goodbye, and entered a waiting car with his colleague, Lt.Col. Jack Turner, whose wife was getting their three children ready for school. It was the last time the families of these two servicemen would see them alive.

As the Iranian driver pulled into a side street to avoid traffic a car blocked their passage and another car rammed them from behind. Three gunmen appeared and fired at the two Americans pointblank, killing them instantly the three escaped in a third car, leaving a leaflet on the blood-drenched seat. The leaflet denounced “US Imperialism” and bore the imprint of Mujahedin –e Khalq (MEK) or “People’s Crusaders”, a Marxist –Islamist group led by Massoud and Maryam Rajavi.[6]

Furthermore, though denied by the MEK, analysis based on eyewitness accounts and MEK documents demonstrates that MEK members participated in and supported the 1979 takeover of the US Embassy in Tehran and that the MEK later argued against the early release of the American hostages, according to DOS’s country report on terrorism in 2011. The MEK also provided personnel to guard and defend the site of the US Embassy in Tehran, following the takeover of the Embassy. [7]

Owen Bennett Jones, a BBC contributor writes of the Embassy incident in his enlightening article on the true substance of the Mujahedin Khalq Organization: “One of the diplomats later said he would not have been in the embassy that they had not been lured there by MEK contacts. Another said he had no doubt the MEK backed his kidnapping and in fact opposed a diplomatic resolution to the affairs.”[8]

Today after the U-Turn shifting in the MKO’s principles, the group leaders deny their involvement in the assassination of US citizens, claiming that the killings were carried out by another splinter of the group. They try to whitewash the background of their Marxist terrorist ideas.“The Mojahedin’s enduring consensus on foreign policy is demonstrated by public statements of the group’s current leader, Massoud Rajavi, ”the DOS report reads."At his sentencing during the 1972 trials, for example Rajavi argued that most of the world’s problems had been created by imperialism and that “the main goal now is to free Iran of US imperialism”.[9]

The MKO now makes efforts to hide its infamous notorious history but as Bennett Jones says it” may have stopped killing Americans, but it maintained its commitment to violent struggle in Iraq and Iran.”[10]

Stay with us to learn more on the accelerated range of MKO terrorist acts after the Iranian revolution.

On MKO spokesman’s statement in Oslo

On MKO spokesman’s statement in Oslo

How to Help the People of Camp Ashraf 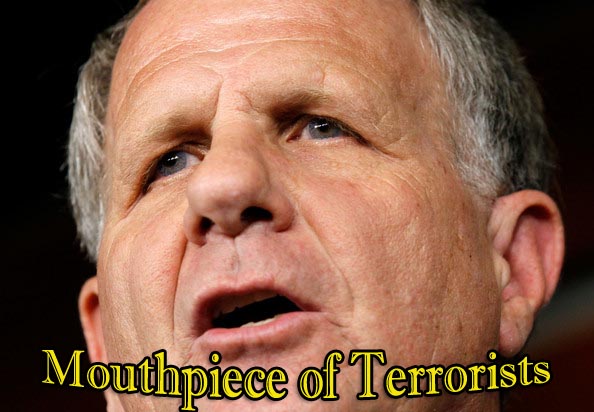