It seems that the destiny of those having a contact with MKO is tied with scandals. Bob Filner, a former congressman and San Diego Mayor, is seeking to survive the sex scandal that is the talk of America’s Finest City. Three of his friends and longtime supporters went public Thursday with allegations from female staff members that his behavior has been reprehensible. Filner by releasing a video admitted that he has failed “to fully respect the women who work for me” and has at times “intimidated them”.

The story came up just after Filner returned from a trip to Paris where he attended MKO’s yearly meeting at Villepinte. The gathering was described as a meeting of Iranians in support of human rights and democracy, where he could meet with Iranian advocates of greater religious freedom and women’s rights. Filner said it was the third time he attended the annual event and his acceptance of the travel gift was permissible under the law. Filner still has not responded to requests of San Diego City Hall for information about the event and how much he was paid. The only information Filner has imparted is that his flight, meals and lodging were paid by the unnamed 501(c)(3) tied to the National Council of Resistance of Iran, which organized the group rally wherein he gave a speech.

In February 2011, Carl Bernstein, a contributing editor at Vanity Fair who also writes periodically for Newsweek, delivered a speech at the grand ballroom of the Waldorf Astoria in Manhattan in return for $12,000 as part of a campaign to challenge the terrorist designation of MKO. Bernstein is one of the few journalists, along with syndicated columnist Clarence Page who was rebuked by his employer for giving a similar speech in Paris last June; he had regularly appeared at MKO’s campaign events to convince the State Department to remove the group from FTO list and the consequent legal sanctions.

Bernstein is the man who discovered The Watergate political scandal in 1972 and played a central role in bringing down Richard Nixon, became the focus of a personal scandal when it was disclosed that he had affairs with Margaret Jay, the daughter of former Prime Minister James Callaghan and the wife of ex-British Ambassador Peter Jay. However, his last scandal of advocacy for the leftist MKO indicates that the passage of the time has contributed to arrive at a new “version of the truth”. In a part of his made speech at the MKO’s marshaled event he said: “I come here as an advocate of the best obtainable version of the truth, and as someone who believes in basic human rights and their inalienable status.”

Such double standards may insult those who truly care about their words and behaviors. But that is the type of freedom, human rights and women’s right that the advocates of MKO have learned to respect. 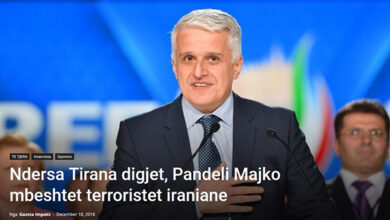 Pandeli Majko prefers to get paid by Mojahedin Khalq , leaving Tirana to burn

What’s Up With All the MEK Ads? 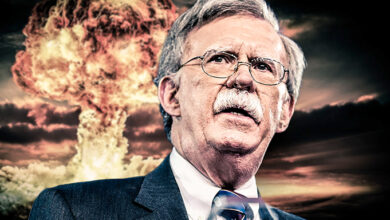 A War Criminal with Terrorist Ties