Press TV has conducted an interview with Dr. Randy Short, with the Black Autonomy Network Community Organization, about the US Central Intelligence Agency publishing a document that confirms Washington’s role in the 1953 coup against the d What follows is an approximate transcription of the interview.

Press TV: Dr. Short, first of all tell us what this revelation, this acknowledgement means in terms of the US position on Iran and in terms of relations between the US and Iran?

Short: Well hopefully it means it’s good, it’s a token step but I need to remind people just to assure as they are acknowledging what they did in 1953 here sixty years later they are still supporting MKO, the Mojahedin-e-Khalq Organization as well as Jundullah which are terrorist organizations that do many things so much as CIA covert activities globally but there is always room for hope and God at least.

Press TV: We were speaking with political commentators about this here in Iran Dr. Short and they were telling us that this kind of warfare initiated by the US against Iran which we can say at least in the modern times started with that coup, has now developed into various attacks including cyber warfare, economic sanctions, etc.

So do you think that the United States is not willing to put aside this kind of animosity toward Iran that it has because it is not interested in developing relations with Iran?

Short: Well I believe that they want relations with Iran but with a government like the former Shah, Pahlavi. They do not want an independent self-determining government that doesn’t want to be a colony. It is the same way they had the coup in Egypt, they have animosity towards governments that do not want to be essentially slaves to their sociopolitical economic interests.

So I think they want relations but they do like to have it with an MKO type government versus what you have.

Press TV: And before we leave you, there is a question on the public knowledge in the United States concerning this coup that has now being acknowledged by the CIA and the US government.

A lot of people when it comes to the US and Iran relations think of the hostage crisis and how that created a crisis in the ties but how much public knowledge is there in the US about the attempts that the US has made against Iran including this coup which has led to a lot of mistrust among Iranians towards the United States?

Short: Well we need to remember that the hostage crisis was a very rational response by progressive Iranian students who did not want United States to try to have a coup against Ayatollah Khomeini and the Iranian Revolution.

This is one thing that the Americans do not know that the Iranians had studied the revolution or I should say the coup against Mosaddeq in 1953 and did not want a repeat in 1979. So this is something that is not understood.

I do not think that the American public is educated about Iran and that is deliberately so because Iran stands up to Zionism, for example Ayatollah Khomeini started al-Quds Day and so forth.

So I believe the Iranian society and the people have been so demonized by the media here and so people know very little or they only know what has been fed to them which is poisoned to not really understand the people there.

Let us hope that that changes. But it is ironic that you had an entire Iranian airliner shot out of the sky by the Vincennes, one of America’s ships and most Americans do not know about that but they know about the hostages, all of them were returned home alive and yet the Iranians who are the victims all the time of sanctions, terrorism, wars, so nine hundred fifty thousand died due to a proxy war that Saddam Hussein waged against Iran for the United States.

They don’t hate Americans because we are free. They dislike America

for impeding their right to choose their own path to freedom. Al Araqiah MPs do not support the MEK 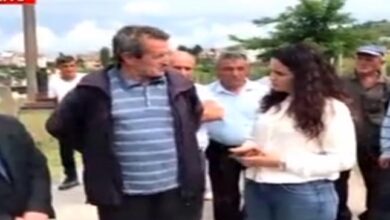