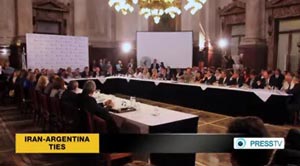 January 27, 2013 will probably be remembered decades from now as a new starting point in relations between Argentina and Iran.

That date the governments of both countries decided to turn the page of a history besmirched by accusations that have not served to find the truth about the 1994 bombing of the AMIA Jewish community center in the Argentine capital city.

The Memorandum of Understanding signed between Buenos Aires and Tehran earlier this year has been praised by many here, from ruling party MPs and experts to social, political and religious leaders who have long-battled foreign interests’ interference in the investigation.

But the MoU has also found strong resistance that has hindered efforts to know the one thing that matters: Who is truly responsible for the killing of 85 Argentineans?

AMIA special prosecutor Alberto Nisman blamed Tehran and issued arrest warrants for top Iranian officials in 2006. But what did he base his certainty on?

According to the recently released arrest warrant document, Nisman solely listened to the testimonies of members of Mujahedin-e Khalq Organization, which is an anti-Iran terrorist group.

The MKO-with a history of bombings in Iran and which has been paradoxically removed from the US State Department’s list of terrorist groups- seems to have convinced Nisman regarding AMIA center killing.

Did they convince him? Or are there other players in this case?

The MoU sets the creation of a Truth Commission and will allow Argentine judicial officials to question the alleged suspects targeted by prosecutor Nisman. The MoU has been approved by both the Congress of Argentina and the government of Iran.

Despite the information revealed by the intelligence document, a 500-page report released by Argentine prosecutor Alberto Nisman claims that Iran is increasing its influence in Latin America. This has provided pro-Israel lobbies with a new pretext to continue their condemnation of the AMIA Memorandum.