This The Mujahedin-e Khalq (MeK) has claimed a major attack on their exile camp in Iraq’s Diyala Province, Camp Ashraf, saying the troops attacked the camp and killed 52. Their version of the story is that the troops attacked the camp out of nowhere, set fires and killed the people and then left. Iraqi officials deny all of these claims, and while hospital officials claim two Iraqi soldiers killed by camp residents, they had no information on casualties inside the camp itself.

The MeK has had a site at Ashraf since 1986, when it was welcomed by Saddam Hussein’s government and used as an auxiliary during the Iran-Iraq War. The group has had its residents steadily resettled from the camp for years, with the Iraqi government hoping to see them removed from the nation outright.

MKO Remains in US Blacklist 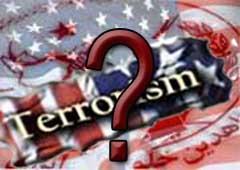