The fact is that the terrorist MKO group is not only fruitful to the US, but it is detrimental to this country. They are just the Zionist regime and the American neocons benefiting enormously from alliance with a group

like MKO. An alliance which will lead to their possible further cooperation, just as they did in the assassination of Iranian nuclear scientists.

The Mujahedin-e Khalq or MKO, the weird terrorist cult with bottomless pools of money which was founded in 1963 as a guerrilla group to oppose the US-backed Shah of Iran, targeted Americans in its early years. Between 1972 and 1975, it waged a bombing campaign against American companies and diplomatic officers as a step to “free Iran of US imperialism”.

When President Nixon visited Iran in 1972, the MEK detonated time bombs at over a dozen sites throughout Tehran, hitting the Iran-American Society, the U.S. information office, and the offices of Pepsi Cola and General Motors. American military and civilian personnel also became targets of MEK terror. In May 1975, MEK guerillas stopped the car of U.S. Air Force Col. Paul Schaeffer and U.S. Air Force Lt. Col. Jack Turner, as they drove to work on a military base near Tehran. The officers, both unarmed, were gunned down in cold blood. At least four other Americans were assassinated by the MEK between 1973 and 1976.

Describing US President Richard Nixon as “the supporter of the most reactionary and the most criminal dictatorship in the world, Mohammadreza Shah’s regime,” MKO issued a statement in its publication, Mujahid, and proudly took responsibility for the bombs they set off on May 31, 1972, in opposition to the Nixon’s visit to Iran which ran partly as follows:

1. A firm response to “the regime’s brutal crimes” against the Iranian people;

2. “Annihilation of U.S conspirators and trespassers along with over 6000 military advisors”;

3. “Declaring support for the liberation movements around the world to spread the front of anti-imperialist struggles”

4. “Expressing outrage and revulsion at the criminal Nixon who has blood of oppressed people around the world on his hands.”

After the Islamic Revolution in 1979, MKO lost the opportunity to attract the public opinion. Hence, It took arms against the Iranians and killed thousands of religious figures, government officials, and innocent civilians.

Although it took the lives of hundreds of Iranian people, MKO lost the armed struggle and a majority of its members as well as the leadership of the group fled to Paris in 1981. The group left Paris for Iraq in 1986 where it enjoyed the full support of former Iraqi dictator. There, they helped Saddam in his war against Iran by providing the Ba’ath army with information on Iranian sites.

With the perception that after 8 years of an unequal war Iranian army is worn out, the MKO gathered all its from around the world in Iraq and conducted a military offensive on the western Iranian borders. In short, the group suffered a blow and lost the battle with the Iranian counteroffensive.

The US invaded Iraq in 2003 and the time was over for the Iraqi dictator. He lost his grip on power. Saddam’s downfall was a turning point for the MKO. It soon changed its anti-imperialist face and became a true friend of the US.

Now, MKO with this long black anti-US history found its way in the US Congress and the European Parliaments. It holds rallies on the streets of Washington, DC and New York warning the US administration of peace negotiations with Iran and spreading a fear of Iran much like what the Zionist regime is doing.

MKO has left no stone unturned in persuading the United States and European countries that they shouldn’t pursue a peace deal with Iran and there are myriad examples in which the leadership of the group states that the negotiations with Iran do not bring about results.

Earlier in March 2010, Maryam Rajavi, speaking to the UPI, urged the west to “step up the pressure on Tehran” and highlighted that the US and Europe should “no longer call for negotiations with” Iran.

In another occasion, the ringleader of the group said Iran “will never abandon it drive to acquire nuclear weapons,” adding “this explains the futility of negotiation with” Iran.

Addressing a number of German parliamentarians, Rajavi said the policy of west and EU towards Iran through negotiations “has proven to be mistaken and counterproductive”.

All these assertions remind me of another person who is steadfastly opposed to any kind of deal with Iran, Israeli Prime Minister, who a few weeks ago called on the US to step up pressure on Iran.

“I think that in this situation as long as we do not see actions instead of words, the international pressure must continue to be applied and even increased,” Netanyahu told his cabinet on Sunday. “The greater the pressure, the greater the chance that there will be a genuine dismantling of the Iranian military nuclear program.”

The fact is that the terrorist MKO group is not only fruitful to the US, but it is detrimental to this country. They are just the Zionist regime and the American neocons benefiting enormously from alliance with a group like MKO. An alliance which will lead to their possible further cooperation, just as they did in the assassination of Iranian nuclear scientists. 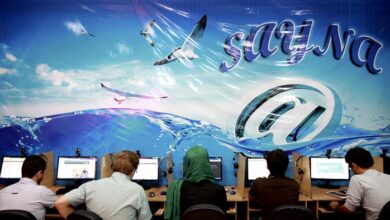