In Manufactured Crisis, investigative journalist Gareth Porter details the manipulation and fabrications that have accompanied the current Iranian nuclear situation. The main difference between this and the 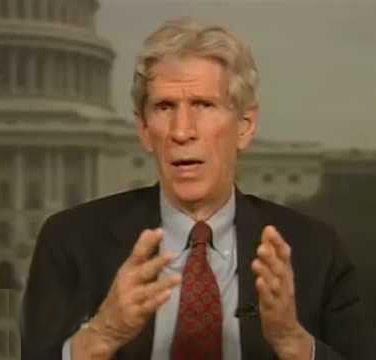 Iraq war conspiracy, the author says, was that the neoconservatives who were carrying it out never got the war on Iran they wanted.

Have we narrowly averted a war with Iran, and were the Neocons again behind the bellicose threats against Tehran?  Investigative journalist Gareth Porter offers his perspective, as detailed in Manufactured Crisis in this interview with Truthout.

MARK KARLIN: You use the phrase Manufactured Crisis as the title of your book about the Iran nuclear scare. Were you thinking about Dick Cheney and George W. Bush’s manufactured crisis to justify the Iraq War as precedent?

GARETH PORTER: No, I wasn’t thinking of the direct parallel with the “manufactured crisis” that preceded and paved the way to the invasion and occupation of Iraq when I first came up with the title. But the more I have uncovered about the details of manipulation and fabrications that have accompanied the Iranian crisis, the clearer it has become that the parallel between the two “manufactured crises” is extremely close.

In fact, the book shows that the Bush administration was laying the groundwork for creating a false WMD case against Iran in much the same way that it did in the run-up to the war in Iraq. Readers will be shocked to find that the information that the Bush administration exploited politically most effectively in making the case for a covert nuclear weapons program in Iran came from a German intelligence agency source – a member of the same MEK terrorist organization – just as the source of the famous Iraqi “mobile bioweapons labs” story told by Colin Powell in a UN speech had been the source that the BND [German federal intelligence service] had code-named “Curveball.”

But the parallels between the two conspiracies are even stronger: In both cases the BND warned the US government not to rely on the information from its source, which had been passed on the CIA, because they had concluded it was not trustworthy. And equally startling, in both cases, the Bush administration officials pressured top CIA officials to use the information anyway, while keeping poor Colin Powell ignorant of the BND warning!

I show that the “manufactured crisis” over Iran’s nuclear program was part of a war conspiracy every bit as heinous as the Iraq war conspiracy. The main difference was that the neoconservatives who were carrying it out never got the war on Iran they wanted.

MARK KARLIN: You describe three primary stages to the Iranian nuclear crisis diplomatic narrative.  Can you briefly describe them?

GARETH PORTER: The first stage was triggered by the discovery of the Natanz enrichment facility in 2002 by the Mujahedin-e-Khalq, a terrorist organization that was working hand in hand with Israel. The Bush administration, in coordination with Israel, used that event to launch an [International Atomic Energy Agency] investigation that was intended by the two allies to put Iran on trial for deceiving the IAEA for two decades in order to cover up a nuclear weapons program. That would in turn make it possible to haul Iran before the UN Security Council, giving the Bush administration a basis for a potential military option.

But the IAEA investigation fizzled out, but the Bush neoconservative-Israel alliance had a secret weapon – a set of documents that was said to have come straight from a Iranian nuclear weapons research project. In 2008, the IAEA, cooperating closely with the Bush administration, began pushing those documents as evidence for Iran’s nuclear weapons intentions, thus beginning the second phase of the crisis.

The third phase of the crisis began with an IAEA report in November 2011 that was based almost entirely on intelligence coming from Israel. It was the signal for the phase of punishing sanctions against Iran’s oil exports and Central Bank, which followed immediately.

MARK KARLIN: What is your perspective on the current “bridge” agreement with Iran between the United States and its allies on the development of its nuclear program?

GARETH PORTER: I’m not sure that it was really necessary to have such an agreement, which appears to have been primarily pushed by the US side. The time spent on negotiating it could have been spent on negotiating the long-term agreement that they are now finally tackling more than three months later. One of the problems I see with it is that it may have reinforced the tendency for Obama administration policymakers to feel that the sanctions had put them in the driver’s seat in the negotiations.

MARK KARLIN: Was regime change in Tehran a major goal of the Iranian nuclear scare?

GARETH PORTER: For the Bush administration’s neoconservative inner core it was absolutely the major goal.  John Bolton and David Wurmser, both close to the Likudists, believed that regime change would require the use of US military force, which was the anticipated end result of the strategy they cooked up with Israel in 2003-04 to make the case that Iran was threatening to get nuclear weapons – the Iran equivalent of the Iraq war conspiracy that involved Wurmser as well.

MARK KARLIN: Within Israel, although Netanyahu was threatening a military strike on Iran’s nuclear sites, a significant number of former prominent Israeli politicians, the military and intelligence services were arguing that such an attack would be a mistake. What explains the unprecedented public disagreement with Netanyahu?

GARETH PORTER: The most important thing to understand about the Israeli threat of war on Iran, as I document in great detail in the book, is that it was always a political ruse which no Israeli government ever intended to actually carry out. It didn’t start with Netanyahu, but he and Defense Minister Ehud Barak refined it to an art form. The public disagreement with the idea of attacking Iran is a reflection of the fact that the Israeli military and intelligence establishment never supported an attack – although many believed that threatening to do so was necessary and effective. After 2011, however former Mossad Chief Meir Dagan broke publicly with the policy, because he believed that Netanyahu was irresponsible and had taken unnecessary risks of provoking Iran.

MARK KARLIN: How did you go about researching the book, given all the smoke screens thrown up around Iran’s nuclear programs. You provide very detailed footnotes to buttress your argument.

GARETH PORTER: It was a combination of two things that gave me sufficient evidence to make what I believe is an iron-clad case that the narrative about an Iranian nuclear weapons program was a fiction: First, I was able to establish clearly one falsehood in the narrative after another by identifying a series of contradictions between the official line and verifiable facts on the public record. In other words close analysis and the use of logic was crucial. Second, although most officials from the Bush and Obama administrations were not interested in cooperating with my investigation, some former intelligence officials and a key German source provided some key insights and facts that helped to give my account much more documentary basis.

MARK KARLIN: Can you summarize the “mystery of the laptop documents”?

GARETH PORTER: The “laptop documents” were the ones said to have come from the purloined laptop of a scientist in a purported Iranian secret nuclear weapons research project. But the Bush administration was always unwilling to answer questions about their origins. Fortunately I was able to penetrate that mystery thanks to a former high-ranking German official who told me on the record how the documents were given to German intelligence by a member of the Muhjadehin-e-Khalq, the terrorist organization that had worked for Saddam against the Iranian regime and then developed close ties with Israel’s Mossad.  I show in the book that the documents could not have been authentic, contrary to the IAEA’s official line that they were “credible” and that they were fabricated by Mossad.

MARK KARLIN: What shadow does the US overthrow of the democratically elected government in Iran in 1953 – and its long-term military support of the Shah – cast over the US confrontation with Iran over its nuclear program?

GARETH PORTER: The US relationship with the Shah, which was a central element of US Middle East policy for decades from 1953 until 1979, cast a long shadow on the policy of the Reagan administration toward Iran’s nuclear program. The Reagan administration was still looking for an opportunity to overthrow the Islamic regime and restore a cooperative government, and its support for Saddam’s war against Iran in the 1980s was the essential reason for trying to stifle the Iranian nuclear program in the early 1980s. I show that the misguided US policy led to Iran’s deciding to have its own uranium enrichment capability, contrary to its original plan.

MARK KARLIN: You single out Robert Gates, who has a best-selling memoir out now, as a key figure in laying the foundation for the Iran nuclear scare. Can you expand on his role?

GARETH PORTER: Gates had a twofold interest in keeping Iran as an adversary at a time when President Rafsanjani was trying to thaw the relationship in 1990-91. His career had almost been ruined by his involvement in the Iran-Contra affair, which had gone off the rails when Rafsanjani had made the Reagan administration secret 1985 U.S. mission to Tehran public. But more important, he became CIA director in 1991 at a time when the agency desperately needed a substitute for the Soviet threat that had disappeared. I show in the book how he exploited the idea that WMD proliferation in general was the new equivalent of the Soviet threat and that Iran was the primary candidate to play the heavy on that issue.

GARETH PORTER: It is certainly true that the Saudis and other Gulf Arab regimes were extremely suspicious of Iran’s nuclear program and wanted the United States to do something about it.  But it’s a bit more complicated than The New York Times coverage led the public to believe. The WikiLeaks documents show that those regimes were extremely concerned about the Israeli threat to attack Iran during the Bush administration’s second term, which most Gulf security officials believed would have disastrous consequences, and they wanted the United States to prevent it.

Obtain this book, Manufactured Crisis: The Untold Story of the Iran Nuclear Scare, from Truthout with a minimum contribution. Just click here. You will be enhancing your knowledge, supporting progressive authors and backing the vital journalism of Truthout.

Mark Karlin is the editor of BuzzFlash at Truthout.  He served as editor and publisher of BuzzFlash for ten years before joining Truthout in 2010.  BuzzFlash has won four Project Censored Awards. Karlin writes a commentary five days a week for BuzzFlash, as well as articles for Truthout. He also interviews authors and filmmakers whose works are featured in Truthout’s Progressive Picks of the Week.