Editor’s note: The following is a response to an op-ed by former New York City Mayor Rudolph Giuliani, "Team Obama keeps miscalculating Iran — ‘change’ under Rouhani is a mirage" that appeared in Fox News Opinion on May 7.

Mr. Guiliani’s warm embrace of the MEK terrorist organization is shocking and deplorable. 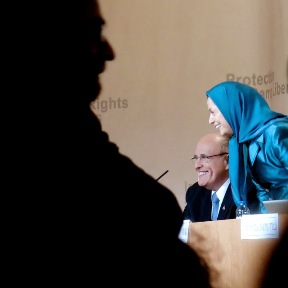 Journalists and think tanks across the world have sounded the alarm regarding the "cult-like" practices of the MEK, such as forcing members to give up their children in order to dedicate more time to the cause, and their decades long reign of terror and brutality has been well established by many including the U.S. Department of State when it designated it as terrorist organization in 1997 while describing it as a "repressive cult despised by most Iranians and Iraqis."

But through what the RAND Corp. called "cultic practices and its deceptive recruitment and public relations strategies" as well as giving millions of dollars to politicians and lobbyists in Washington — where it seems everyone has a price tag as campaign donation or "speakers fees," the MEK managed to get itself removed from the list.

It also should be noted that this group supported Saddam Hussein during the Iran-Iraq war and played a major role in the violent crackdown on the civilian uprising in the early 90s while living in Iraq as a private militia for Saddam Hussein.

The people of Iraq despise them and want them out, as well they should.

Hamid Babaei is counselor and head of the Press Office for the Permanent Mission of the Islamic Republic of Iran to the United Nations in New York.