A number of former members of the Mujahedin Khalq Organization (the MKO) attended a meeting in Paris on June 21, 2014. 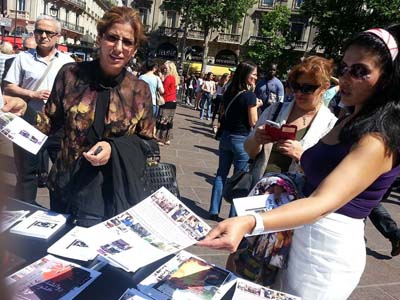 The meeting was organized by Yaran Iran Association. It was also attended by some Iranians residing in Paris. MKO defectors addressed the audience and answered their questions.

The speakers, who had come from different countries in Europe, spoke of their personal experience of living in the MKO cult-like structure that according to them violated human rights, suppressed human emotions and forbid family ties. Their sorrowful memoirs of in-human practices of the MKO authorities impressed the audience.

They criticize the group’s fraudulent propaganda that is aimed to deceive cult members inside or outside Iraq noticing the annual masquerade held by the MKO propaganda arm in the Parisian suburb Villepinte in which the group launches its well-funded misinformation campaign.

Former members reveal that the MKO officials seek to prolong their stay in Iraq obstructing any effort to move Liberty residents to third countries. Based on defectors testimonies, the MKO leaders insist on keeping members in the dangerous critical Iraqi territory.

They criticized MKO’s policy to make alliance with the most extremist reactionary groups in Iraq and Syria. Following the conference, the attendees gathered in Saint Michelle Square, Paris. Books, flyers and Placards on the MKO crimes were distributed. Defectors explained true substance of the MKO and its cult-like terrorist history to French citizens and Iranians including passengers or France residents. 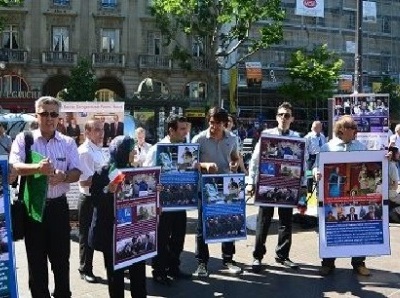 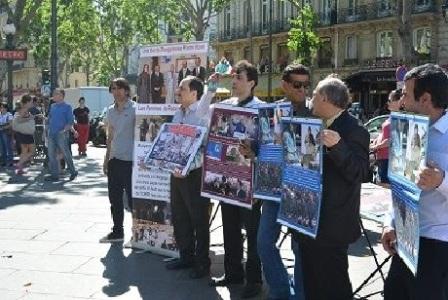 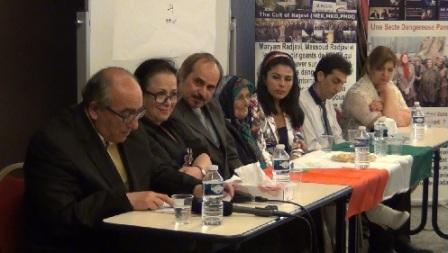