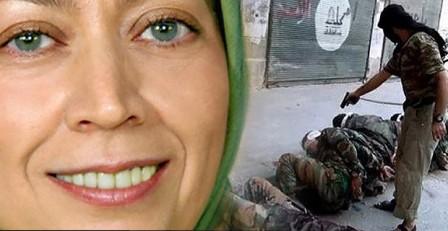 The Mujahidin-e-Khalq (MEK) (Iranian armed opposition group financed by Washington) held a large rally in Villepinte, near Paris, on 27 June 2014. More than 80 000 people attended the event.

While the main objective of the meeting was to support the Mujahidin military base in Iraq, Camp Asharaf and their fight against Iran, MEK president Maryam Rajavi seized the opportunity to violently lash out against Iraqi Prime Minister Nouri al-Maliki and rejoice over the progress achieved by the Islamic Emirate in Iraq and the Levant (ISIL)

French politics nowadays are profoundly schizophrenic: on one hand France (as the U.S.) officially condemns the destabilization of a State by a terrorist organization, while on the other hand, the Élysée participates alongside the U.S. in the secret war in the Middle East and details Foreign Legion officers to oversee the ISIL in Syria and Iraq.

More than 600 political figures from NATO member countries turned up for this meeting. This list included:

Newt Gingrich, former Speaker of the U.S. House of Representatives;

Senator Joseph Lieberman (his friend Senator John McCain was unable to make the trip, but addressed the gathering via video);

Members of the Mujahidin-e-Khalq have been fighting in Syria and Iraq for three months alongside the ISIL. On 23 May 2014, Maryam Rajavi met with the President of the Syrian National Coalition in Paris.