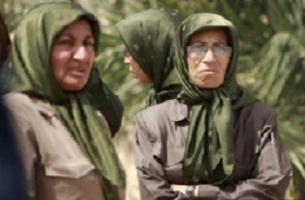 The impact of women’s rights abuse ranges from immediate to long-term multiple physical, sexual, and mental abuses, including death. It negatively affects women’s general well-being and prevents women from fully participating in society. Violence not only has negative impacts on the victims but also on their families, the community and the country at large. As a result of these abuses, women are facing grave consequences in the MKO.

Based on the testimonies of former female members of the group, women in the MKO camps every day experience a large range of violence including forced marriage, forced divorce, mandatory celibacy, forced sterilization, sexual slavery and forced labor.

Violence against women which is carried out in the MKO is covered under the guise of feminism. Women in the MKO are called “heroines” and “examples of progressive women” but in reality, they are taken as hostages in a modern slavery system.

Despite the severe situation of women in the MKO, the group launches a huge propaganda against Islamic Republic on what it calls violence against women. Acid attacks in Isfahan, Iran gave the group a new pretext to accuse the Iranian government of violating women’s rights. Although I condemn acid attacks on my country fellow women under any circumstance, I should mention that the record of abusive cases in the MKO by its leader against the group members, particularly female members, is much more severe than the eight cases of acid attacks in Isfahan.

Nasrin Ebrahimi is a former member of the Mujahedin Khalq Organization, who fled the group in 2006. She was one of the first survivors of the Cult-like MKO who dared to reveal the corruption of the leaders of the group. She was the first person to speak of the “Ideal Summit Operation” which was a cult jargon through which a large number of female members of the group became infertile by Hysterectomy. [1]

Batoul Soltani, who was a Mojahedin-e Khalq Organization (MKO) member for 20 years and was promoted to the rank of the leadership council of the terrorist organization, told Press TV that individuals in the Mojahedin-e Khalq cult should reach what the organization sees as a peak by cutting all their links with the outside world. [2]

Women in the MKO who allegedly reach the “Ideal Summit” by removing their wombs and becoming infertile were since then nominated to get raped by the leader Massoud Rajavi.  Former leadership and board member of the MKO, Mrs. Zahra Mir Baqeri, confirmed that 95 women were exposed to the process of hysterectomy and being raped by order of Massoud Rajavi and Maryam Rajavi. Mir Baqeri proposes a list which includes the names of 95 of the female members of the MKO who went through hysterectomy under various pretexts and deceptive excuses. [3]

The most detailed report on VAW committed in the MKO, “Comrades in Arms” was broadcast by Press TV. The documentary discloses how harshly Massoud Rajavi abuses women who were “Looking for a brighter future” so that they “ended up in Camp Ashraf, where a fate worse than death awaited them.”[4]

Testimonies of the three women interviewed in this documentary indicates that love, marital life and having children is forbidden for everyone living in the group. Moreover, all women should think of Massoud Rajavi as their husband. Nasrin Ebrahimi tells Press TV, “Maryam Rajavi used to hold many meetings for us, very long meetings. She would hold many meetings especially for women. She said, “We women all have only one husband who is Masoud Rajavi.” She even said, “You have the most handsome and the best man in the world. So what’s wrong with you?”[5]

Vocal revealer of Rajavi’s sexual corruption Batoul Soltani describes how women were manipulated to sleep with Massoud. Although she could not believe his eyes she was one of the victims of rape by the leader. She says in the film:’ “I could never imagine that her words would be put into practice someday and I would have to sleep with Massoud. I really thought that it was merely an ideological discourse. As for Maryam Rajavi herself, I couldn’t imagine that Massoud had sexual relationship with her. I couldn’t imagine it.”[6]

Compared with acid attack against a few women–which is deplorable and not acceptable at all— and executions in Iran, cases of VAWs carried out in the community of 900 women in the MKO are very crucial. The MKO propaganda on the alleged women rights abuses in Iran is used as a cover up for the massive violation of women rights in their own small cult-like community.