With regards, the work of Sahar Family Foundation is to campaign for and support the families of individuals 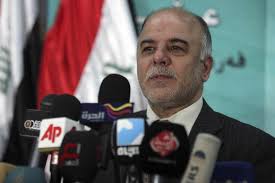 trapped in the Mojahedin Khalq Organization’s (MKO) Iraqi base, Camp Liberty, in their efforts to gain contact with and access to their loved ones.

Over a period of thirty years the MKO leader, Massoud Rajavi, has used his power as a cult leader to coerce his followers into breaking off all contact with their families unless they were willing to join the organization, pay money, or otherwise help the group.

Even since the group was disarmed and contained in one base, protected by American then Iraqi soldiers, the MKO leader still refuses to allow families to have normal contact. Even letters and phone calls are forbidden for the residents, most of whom are over the age of fifty-five, and many of whom are sick and ailing.

Massoud Rajavi understands that familial love is stronger than the coercive control he imposes on the members and that once families have re-established contact there is a strong likelihood that the member will leave him. As a cult leader he calls families ‘poison’ with good reason, though with little finesse.

It is in this context that we can examine an article published by the MKO website, Iran Focus, on November 28, 2014 which claims that “Iran plots to torture Camp Liberty refugees in Iraq”.

http://www.iranfocus.com/en/index.php?option=com_content&view=article&id=29937:iran-plots-to-torture-camp-liberty-refugees-in-iraq&catid=7&Itemid=112 The Iran Focus article claims: “In October, Tehran sent several well-known regime agents, including Ebrahim Khodabandeh, to meet the regime’s ambassador in Baghdad to pave the way for the offensive against Camp Liberty residents.”

The article comes after Ebrahim Khodabandeh met with Iraqi and international officials as well as the Iranian Ambassador in October on behalf of Sahar Family Foundation in order to promote the families’ efforts to find peaceful and effective solutions for removing the residents of Camp Liberty from Iraq as required by law. Khodabandeh had been a member of the MKO’s ‘International Relations’ department for 23 years before leaving the group. He now heads the families’ campaign to visit their loved ones inside Camp Liberty. This basic right is still denied by Rajavi in spite of pressure from the ICRC and UN as well as Iraq’s human rights ministry.

Massoud Rajavi’s extreme sensitivity to the presence of families outside the camp perimeter can be easily explained. Most residents who manage to escape the cult or who are transferred by the UNHCR to third countries prefer to establish contact with and return to their families rather than maintain membership of the MKO. The extreme threat which Rajavi feels from these ordinary families to the control he has over his cult members is therefore expressed in equally extreme terms, calling it “torture”.

Sahar Family Foundation believes that the denial of family contact must of course be extremely painful for the residents. But it is Rajavi who is solely responsible for this situation. It is he who, in his own words, is torturing the residents.

Reporting on his visit, Sahar website wrote, “Khodabandeh warned Iraqi officials of the threat Camp Liberty residents are exposed to. He emphasized the need to take serious action in order to prevent a human catastrophe in Camp Liberty where no one is responsible except Massoud Rajavi the leader of the MKO cult.”

Past experience shows that Rajavi, as any other destructive mind control cult leader, is frightened to death of allowing his followers to visit their families, and he is now trying to accuse everyone, including officials of the UN and ICRC as well as Ebrahim Khodabandeh, of plotting against him and his cult.

We wish to remind you and the government of Iraq and the International bodies working with Camp Liberty that a family visit is a fundamental right for the residents under international law and under no pretext, including those invented by Rajavi, should this right continue to be denied.

Ms. Jane Holl Lute, the special UNSG adviser to help with the relocation of MKO in Iraq to third countries

Representative of UNHCR in Iraq

Representative of ICRC in Iraq