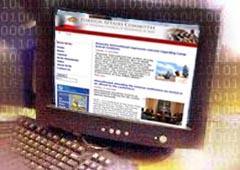 When confronting the Mujahedeen/Mojahedin Khalq, or MEK, MKO, etc, a crucial aspect of it which has been repeatedly overlooked, is its online activities. While there is an abundance of information and readily available studies revealing the cultic nature of the group (which the neocons consistently ignore) and the “limited exit options” (to put it mildly) it offers the members once entering the organisation, few have stopped to point out another aspect of this bizarre organisation – maybe because the knee-jerk reaction of many expat members is to brand them an “agent of the mullahs”.

The public face of the faux-dissident group is, of course, the charismatic, beaming face of Maryam Rajavi. She is an impressive orator, conversant not only in her native Persian, but also in fluent French and English, and supremely confidant, an impressive saleswoman for any group. Her ostensible support for democracy, coupled with these factors, makes supporting her and her organisation more than tempting for many western politicians, who simply see the enemy of their enemy as an immediate friend.

Online, Mrs Rajavi would appear to be just as vibrantly abuzz with followers and interest as she tries to portray herself to be offline. She has several Twitter accounts which ceaselessly promote her statements and messages, which are posted on several different websites (just in case you didn’t see the first few million posts emphasising them) on the MEK’s official website (which is of course, mojahedin.org), on the website for the unofficial MEK political wing (the ‘National Council of Resistance’), and on her own personal website. Translations are in English, French, Farsi and Arabic.

For someone who hasn’t exactly won Hassan Rouhani’s seat yet (although her and her husband have had a damn good try), her website gives the impression that, far from leading an organisation widely hated by Iranians, she’s halfway there – a multitude of tabs are devoted to her views, works and statements, photographs of crowds of supporters bearing the images of herself and her husband appear, she is shown in videos sitting and giving statements, you name it. Her branch of the “resistance”, in reality, has more presence among the diaspora than within Iran.

It’s when you start looking at her most basic of platforms, namely her English language Twitter profile, that something first strikes you as amiss. Some tweets are clearly posted by Maryam Herself, others possibly posted by her staff. Not that there’s anything wrong with that of course.

But take a look at those retweeting her, and those who very occasionally reply; those who can reply and challenge her views without being blocked after a period of time, that is. 90% of those retweeting  her are accounts with nearly identical features.

Of course, when on the internet, like-minded people, especially those who strongly support parties or causes, will naturally act in a like-minded way; changing their pictures to similar ones, using similar backgrounds and slogans, etc.

But these accounts are literally identical in almost every respect. Similar pictures, similar slogans, similar lack of any personal touch whatsoever, and all devoted to either retweeting or paraphrasing Mrs Rajavi’s every word.

Don’t believe me? Check this one, ‘royaraha’, for example. This account has no description, a bland background of flowers with the avatar of a horse, 86 followers and devotes all its time to retweeting; the vast majority of its retweets are retweeting… Other accounts, also automaton-like. Then there’s another, Nakba Nejati, with an avatar of a killed MEK member, exactly 86 followers, no description, and devotes all its time to retweeting Maryam and other like-minded accounts; many, again, also automated. Here’s another, with the bland stock image of a bird, which is exactly the same as the previous two. Here’s another… and another… and another. There are literally hundreds, if not thousands of these accounts; some bearing pictures of Maryam Rajavi in abundance, some not. Some with descriptions praising the Rajavis and the MEK/NCRI, some without, yet with avatars depicting the two, and acting in exactly the same manner.

Long story short; Maryam isn’t retweeted by hundreds of adoring fans, but by hundreds (if not thousands) of seemingly automated accounts (“bots”, to internet-savvy types) save for the occasional account which may or may not be operated by the person they claim to be – like-minded activists, neocons and right-wing types who seem to genuinely want to believe in the group, etc. It was well known that the MEK has a very limited following within Iran, but I didn’t imagine that it was so irrelevant to the Iranian political climate that even the tweets of the leaders would need propping up with more falsehood and lies.

To make matters worse, many of the MEK accounts are using the names, images, and personas of MEK members killed by the Iraqi and Iranian regimes. In other words, not only has the MEK thoroughly milked them for their ‘blood and breath’ (MEK members have to swear to give their breath to Massoud Rajavi, and blood to Maryam Rajavi) during their lives, but it continues to use them to further an agenda when they’re dead, too. Avatars of many of the accounts depict dead members, with one even seemingly using a screenshot from a ‘martyrdom’ video! One was also ostensibly ‘in memory’ of a fallen activist… Only to spend all its time retweeting Maryam & frantically retweeting ‘friends’ and fellow ‘martyrs’.

A possible source of these various cloned accounts becomes obvious when some wider reading is done. According to Iran Interlink, former MEK fighters resettled by the MEK in Albania and other nations continued to be harassed by the group into doing its bidding, and had to once again  attempt to escape them, even though they had long since left the prison camp of Ashraf (named after Rajavi’s deceased wife). They were asked to ceaselessly post online propaganda for the group, despite no longer being members:

According to Iran interlink,  Several Iranian residents in Europe who have contact with their friends in Tirana are now reporting that the MKO agents are exerting huge pressure on the disaffected members, who have been moved to another building block, to sign a petition against these fifty nine people and denounce them as “agents of the regime”. The MKO agents make efforts to buy the recently defected individuals in Albania back to the cult.  Except for a few who have money from their families the rest must rely either on $200 per month from the UNHCR or alternatively the MEK will give them $500 per month on condition they work on the internet (to promote the MEK) and not work against them in any way. They threaten the refugees to death if they do not cooperate with them.

Thus, it seems like yet another vile twist has been added – that the MEK forces its mistreated members, which have ostensibly been freed from its grasp, to blindly retweet and comment ceaselessly online, from countries where they should be at last living in freedom and dignity, in support of the group which held them captive for so long.

It may not surprise those familiar with the MEK at all. Its policy of renting/coercing supporters into staging public acts of fealty (to the point of instructing members to set themselves alight in the streets should their beloved leaders come to any harm) comes in a variety of forms. To ensure that Maryam Rajavi’s annual mass “all for freedom” gathering doesn’t turn out to be a sparsely-populated washout, the MEK offers to bus willing students, activists, and anyone it can cajole into coming along – by offering them a “free” holiday to Paris, with all expenses paid, on condition that they come to the gathering to make its size seem impressive. The testimony of Alina Alymkulova, a Kyrgyz student, contains an overview of their methods. Here’s an outtake:

I arrived at a bus station in Prague along with a friend, a fellow student from Kyrgyzstan. Just as the trip organizer said last night, there were eight buses waiting to take us to Paris.

Most of the “protesters” were young and obviously students like me. I met many Russians, Ukrainians, Czechs, and students from Asian countries who were all recruited via the Internet.

More than an hour later we were still at the bus station. People kept coming. It was cold and rainy, and some people began to drink alcohol to keep warm. Some others started to chant slogans: “Freedom to Iranian parrots!” and “Organizers should bring beer!”

I approached two Russian girls to see if they might have a better idea about the purpose of our trip. “To defend the rights of Iranian women,” said one of the girls. “To meet handsome Frenchmen,” said the other. “Who cares about Iranian women?“

As we can see, the MEK offers “limited exit options” not only to its own imprisoned members in Camp Liberty, but also to anyone attending its large “gathering” (drawn more from foreigners than Iranians) in the free world too.

1:16 p.m.: The buses took us to some strange place not far from Charles de Gaulle Airport. We were given papers explaining where to go and what to do. Cameras were not allowed. As we exited the bus, I resigned myself to the idea that running away was not an option — people were guarding the area.

It isn’t just the demonstrators who are often hired to go to these events either. Speakers are paid tens of thousands of dollars to speak on behalf of the group for as little as a few minutes. The MEK’s speakers in the past have even included figures such as former New York Mayor Rudi Guliani, former house speaker Newt Gingrich, and  Vermont Governor Howard Dean. In other words, neocons who see the enemy of their enemy (the Iranian regime) as a firm friend. According to CSM, their methods of hiring speakers are as follows:

Such big money seems to have been crucial in the de-listing of the group as a terrorist organisation (it was backlisted in 1997) in September 2012 by Hilary Clinton, then Secretary of State.

Former Pennsylvania governor Rendel, among others put under investigation for receiving money from the MEK prior to delisting, may have received up to $150,000 for around eight appearances. True to form, the bottomless pockets of the MEK were not only filled by the diaspora, but largely from of payments dished out by the then-genocidal war chest of Saddam Hussein. Israel too, has used the MEK as mercenaries, in exchange for MEK assassinations of Iranian nuclear scientists. Funding has also come from the UAE and Saudi Arabia, which previously used the MEK as auxiliaries with which they hoped to carve up Iran, should the MEK’S charge of the Rajavi brigade have been successful in 1998.

In short, as long as the MEK continues to have no traction within Iran, no amount of bots will save it from the murderous irrelevance that it increasingly finds itself plunged into.

Ben Allinson-Davies, Unfettered Freedom For All!