Half a century after the foundation of the Mujahedin Khalq Organization ( the MKO/MEK), as an armed militant group against the Shah of Iran, the group’s critics including its defectors analyze the path that ended in the decline of the group and its transformation from an armed political organization to a cult of personality. 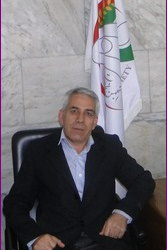 Mr. Sirous Ghazanfari, an ex- member of the MKO describes how Massoud Rajavi’s leadership brought about the collapse of the group. Ghazanfari was interviewed by Nejat Society, Eastern Azarbayjan office.

Mr. Ghazanfari divides the MKO’s history in to three parts. The first includes the foundation of the organization as an enormous step that was very crucial in the struggle to overthrow the Shah. The main founders were honest and devoted, according to Ghazanfari.

The second part of the group’s history was a turning point. First founders were executed by the regime of Shah. The absence of great leaders opened the way for deviated members and violent elimination of critics inside the organization.

Lack of noble leaders left the organization in the hands of Massoud Rajavi who according to Ghazanfari did not succeed to manage the group because of his ambitions and narcissist personality.

Ghazanfari suggests that Rajavi’s absolute power over the organization was a terrible coup against members; it was impossible to run such an organization under the dictatorship of Rajavi.

Rajavi’s despotic approach led him to declaration of armed struggle against Islamic Republic, even though his group was among the first who congratulated Ayatollah Khomeini after the Islamic Revolution in 1979. So third phase of the MKO history began.

Ghazanfari stresses that Rajavi‘s statement to declare armed struggle against the newly established Iranian government was an axe to the root of the group.   “The decision imposed heavy expenses on the group”, he says. It caused a separation between the group members and the average Iranian society and the collapse of the organization.

In 1981, Massoud Rajavi was sheltered by the enemy in war with Iran, Saddam Hussein. ”Rajavi who was not able to respond criticism,” says Ghazanfari,” proposed the ridiculous idea of “Maryam “as “Symbol of Salvation”! Since then the primarily Mujahedin Khalq Organization turned into a cult.

After the fall of Saddam Hussein, members of the Cult of Rajavi began questioning the leader’s strategy and attitude towards US forces who had disarmed the group and had signed an agreement with group leaders. Members who had once joined an anti-US organization based on armed struggle doubted the cult leaders.

“After the fall of Saddam”, Ghazanfari explained,”Rajavi was no more able to force members to stay in the cult but he was able to deceive them and he deceived them.”

He admitted that the organization was no more the one its founders founded. “It is Maryam’s organization and you should admit Maryam’s ideology,” Ghazanfari cites from Rajavi.

According to the Ghazanfari, in order to maintain his cult in Iraq instead of relocating it outside Iraq, Massoud Rajavi resorted to various means including hostility against families of cult members – who have been suffering a lot in their unsuccessful efforts to visit or contact with their beloved ones taken as hostages in the Cult or Rajavi.

Ghazanfari accurately suggests,” in my opinion, the MKO leader could not lead the group toward a stable secured situation. He was not skillful enough to save his organization in the political currents of Iraq.”

“The cult of Rajavi is drowning”, he says. “The crisis in the MKO is so deep that its leaders cannot find a way out. They always claim that they won but they never explain how!”

If forced, Iraq would extradite MKO members to Iran