Open Letter of the Iranian Pen Club to Mr Bujar Nishani, the President of Republic of Albania 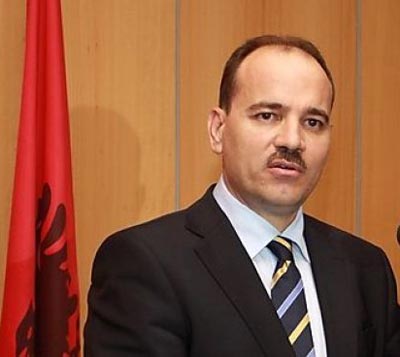 President of the Republic of Albania – Bujar Nishani

It is certainly not in the interest of the people of Albania if you as the Prime Minister of the country be deceived by the traps of a Presidenti albaniaviolent terrorist group led by such likes as the infamous Massoud and Maryam Rajavi.

Should we really believe that your office and advisors have not brought to your attention the violent history of this terrorist cult? Have they not informed you that while the Mojahedin Khalq is supposed to be an Iranian organisation, 90 percent of the seats in their annual gathering in Villepinte (Paris) are filled by a rented crowd from Poland, the Czech Republic and African heritage refugees?

Are you aware of the grave violations of human rights committed by MEK/PMOI leaders inside the MEK/PMOI, including in Camp Liberty? Do you know that children under the age of 16 have been recruited and used in military operations by MEK/PMOI? Have you heard that MEK/PMOI members are forbidden to contact or meet their families for many years? Haven’t you heard and read reports of the abuse of women members in MEK/PMOI, including sexual harassments, women being forced to divorce their husbands, children being forcibly separated from their parents?

Are you not aware of MEK/PMOI interference and meddling in the internal affairs of Iraqis and the political arena of the country in post-Saddam Iraq? Do you know that one of the main reasons for attacks against Camps Ashraf and Liberty in Iraq which have resulted in many deaths and casualties is due to the meddling and agitation by MEK/PMOI in Iraq? Don’t you think that your presence in the MEK gathering in Villepinte (Paris) would be interpreted as an open invitation for this cult to interfere in the internal politics of Albania?

We would like to specifically bring to your attention the end of Mr Vidal-Quadras, Mr Casaca and Mr Struan Stevenson, and advise you not to tie the future of your political activities to the Mojahedin Khalq cult.

With many thanks and regard,