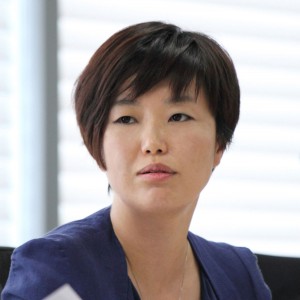 Dr. Jang Ji-Hyang, policy advisor on Middle East issues to South Korean foreign minister and director of the Center for Regional Studies at the Asan Institute for Policy Studies, pointed out the similarity between Mujahedin-e Khalq organization (MKO, MEK, NCRI,) and Al-Qaida affiliated groups like ISIS in an interview with the 2nd International Congress of 17000 Iranian Terror Victims’ correspondent.

Regarding the fact that thousands of people in the Middle East have fallen victim to terrorist operations mainly conducted by terrorist groups such as MKO and Al-Qaida affiliated groups like ISIS, Dr. Jang Ji-Hyang said: “Mujahedin-e Khalq organization and Al-Qaida affiliated groups are similar in the sense that they try to gain publicity and international attention trying to maximize the demonstrative effects.” She also pointed out that both Shia and Sunni Muslims are victims of such terrorist incidents.

Referring to ISIS’s killing of both Shia and Sunni Muslims in the region and that the whole Muslim community in general is the victim of the so called “Islamic terrorist groups”, she went on to say that ordinary people in Eastern communities such as South Korea are not keenly aware of the fact that Muslims in general are also the very victims of those terrorist groups.

She continued: “The public sentiment [among South Korean people] might be that the radical terrorists are Muslims, and their main targets are foreigners, non-Muslims, or Westerners. The reason behind this partial knowledge is that 1) ordinary people do not follow the international politics 2) the Middle East is far away from the North East Asia 3) we are so busy dealing with a trouble maker in North Korea that it is a luxury to catch up the international politics of terrorism.”

About the role that International organization such as the United Nations can play in the fight against terrorism, Dr. Ji-Hyang reiterated: “UN by nature does not implement a decisive unitary action toward many urgent international issues.”

At the end, referring to the role popular movements and non-governmental organizations can play in the combat against terrorism and extremism, she added: “The 2nd International Congress of 17000 Iranian terror victims can play a significant role in raising public awareness targeting the global community. It brings about a definitely significant impact given that the movement is initiated in the Islamic Republic of Iran.