A growing number of MKO members are leaving the Cult despite the group efforts to hold them in.

According to the report the individuals managed to escape the cult and resided at Mohajer Hotel, Iraq. 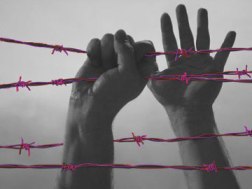 The MKO ringleaders have prevented members of the group from meeting their relatives in a bid to prevent their defection.

Several family members of Camp Liberty residents have established a permanent picket in front of the Camp entrance since June. The families told Iraq’s Minister of Human Rights they would be satisfied even to see their loved ones at a distance of 10 metres and then they will leave. The Minister did intervene on their behalf and the MKO have again rejected it, Sahar Family Foundation reported.

Despite the group leader’s efforts to keep members behind the bars of the Cult, about 17 Camp Liberty residents could liberate themselves during last year.

Besides, in Albania about 120 members parted away with the group. The increased number of defections in Albania has caused the MKO leaders to hold the last group of transferees “in quarantine “, according to ex-members website reports.