Ms. Hedayati is the first member of Central Council to declare her defection from the Mujahedin-e Khalq.

In september6, 2015 the Mujahedin declared a new entity called the Central Committee composed of a 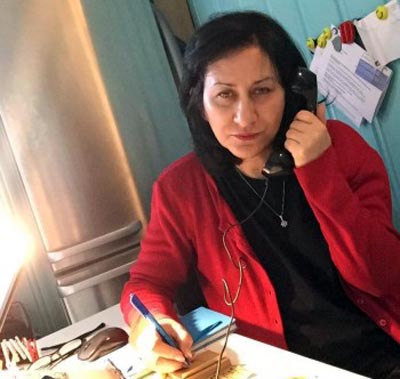 thousand women members of the group.

Ms. Fereshteh Khalaj Hedayati; member of the so called central Council of MKO noticed her separation from the Cult after 30 years of membership in the group. She declared his defection publishing a statement on her Facebook page, titled: ”Don’t be Silent”

In her statement Ms. Hedayati stated:

“Silence is not consent …, now we should talk about all those who lost their lives to pursuit a goal.

I am an eyewitness who is released from a cave.

…I spent 30 years of my life within the Rajavi’s group… I was an eyewitness for thirty years.. I am liberated from a brainwashing machine..

…. I believe it is the time to brake my silence..

For the sake of all those innocent people who are still at Camp Liberty and are not aware that the world outside of this damn cult is completely different from what they imagine…..   “

At the end Ms. Hedayati wrote:

” I declare my separation from the sinister, medieval Cult of Rajavi and deny any kind of relationship with this hellish group. I am ready to answer any question in this regard.