How to end the Cult of Rajavi 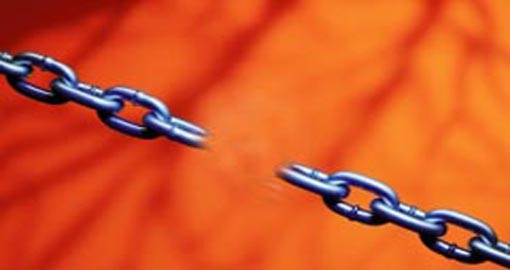 Terrified people who are restricted in a cult-like system do not want to be free, they want to be protected. Cult leaders keep people in the state of terror so they cannot think of freedom, even they may give their freedom to the cult leaders willingly. They won’t realize the necessity of freedom unless they are aided from the outside world.

The Mujahedin Khalq Organization (the MKO/the Cult of Rajavi) is a destructive cult according to the criteria suggested by the prominent cult expert, Margaret Thaler Singer.

The first criterion comes from the group’s use of a specific set of mind control tactics. The MKO leaders use various tactics to brainwash their rank and file. Members are forced to report their thoughts and their dreams. They have to attend daily self-criticism meetings where they are under severe peer pressure. They are totally barred from family and friends.

A destructive cult is an authoritarian in its power structure. Although the Rajavis chant slogans of democracy and freedom, they keep their followers under a restrict totalitarian hierarchy. Everyone in the cult of Rajavi supervised by his superior comrades. Celibacy is obligatory. Forced labor is scheduled for all members. Protesting against the system or the leaders results in solitary confinement, torture or even death.

However, the charismatic, determined, and dominating portrait that the leaders show keeps the focus of love, devotion and allegiance on them. That’s why after the arrest of Rajavi by the French Police in June 2003, several members of the cult set themselves on fire.

Thus, it is absolutely vital to help and facilitate the release of the members who are still taken as hostages in the Cult of Rajavi. Most of the group members will eventually walk away from the totalitarian system, but this may take place after decades of exploitation and personality destruction. So-, it is vitally important to stop the cult-like dominance of the Rajavis.

Today, families of the MKO members try their best to help their children leave the cult system. They travel to Baghdad, Iraq to urge the authorities of Camp Liberty to have contact with their loved ones. They write letters to international human rights bodies. They visit certain officials who are in charge of the group’s relocation from Iraq. However, the authorities of the Cult of Rajavi obstruct all efforts made by the families who want to express their unconditional love to their loved ones in the cult. The authorities of the UNHCR should work to make the least rupture in the tall walls of the Rajavi- made castle. They should cooperate with the families to help their children liberate themselves from the bars of Rajavi’s prison, otherwise there is no end for the tragedy of lost lives of abused individuals.

Pictorial- Member of the MKO Central Council defected the group

What’s going on in the MKO camp in Albania?