Morgan-Davies, daughter of the cult leader, said she wanted to escape from being the “non-person”. She was under her father who “was just obsessed about control”. Morgan was the “slave” daughter of the Maoist cult leader Aravindan Balakrishnan who jailed her for 23 years for her imprisonment and repeated sex attacks on two followers, according to the Guardian.[1] 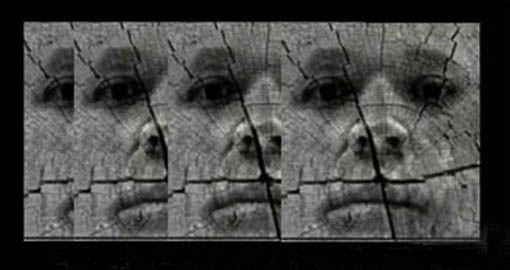 Every day, the world comes across revelations about abusive cults that indicate how much the world is exposed to the threat of cults. The most crucial characteristic of a destructive cult is its power to isolate people from the free world. In the isolated atmosphere of the cult, leaders have the opportunity to commit the most horrific abuses against their victims.

The No Exit report of the Human Rights Watch on the human rights abuses committed in the Mujahedin Khalq Organization, published in 2005, presents various examples of violation of human rights under a strict cult-like control. 2[]

Prior to the HRW’s report, Elizabeth Rubin visited the group’s then headquarters in Iraq Camp Ashraf in 2003. Eventually, she wrote a detailed report for the New York Times under the specific title “The Cult of Rajavi”. She described the camp as “a fictional world of female worker bees” and “a factory in Maoist China”. [3]

The above mentioned reports and many other reports and evidences on the life inside the MKO point out common features of cult leaders that aid them abuse their victims. As Morgan Davis told reporters about her father,   “The people he looked up to were people like Stalin, Mao and Pol Pot and Saddam Hussein.” [4]

One of the victims of years of sexual abuse by Balakrishnan, also said she was “traumatized, shocked and horrified at what he habituated me to and against which I had no defense. I will live with this torment for the rest of my life.” [5]

The other rape victim described Balakrishnan as “such an evil force” and said she suffered fear and nightmares. “He wreaked havoc on every part of my life before and after I left,” she said. “He literally shattered my life.” She said she had never managed to fully rebuild her family relationships. [6]

This is the very characteristic of the leader of the MKO too. Although Massoud Rajavi tries to cover the abusive nature of his cult under the mask of a pro-democracy political organization, he is usually symbolized by dictators including Polpot and Saddam Hussein. Professor Paul Sheldon Foote from California State University writes: “the During the American hostage crisis, the MEK participated and called for the executions of the Americans. Rajavi is anti-American, anti-imperialist, and anti-capitalist. His aim is to become the Pol Pot of Iran, even if the MEK must become a tool of the American government to achieve his aim.” [7]

Massoud Rajavi’s similarities with other dictators originates from his cultic attitude towards his followers. Thus, his character can also be compared with that of Aravindan Balakrishnan and other cult leaders like Ziona who is another example of such cult leaders whose greed for women is endless. He rules a polygamous cult in India.

Ziona, 70, is the head of a local Christian religious sect “Chana”, which allows polygamy and was founded by his father Chana on June 12, 1942. The sect believes it will soon be ruling the world with Christ and has a membership of around 400 families. Ziona has 39 wives, 94 children, 33 grandchildren and 14 daughters-in-law. Ziona is feared and worshiped by all in the village. What’s even more strange is that Ziona’s followers firmly believe that he will one day rule the earth with Jesus.  [8]

Now, let’s get back to Massoud Rajavi. He runs a polygamous cult, according to the testimonies of former female members of the MKO. Batoul Soltani is one of the female victims of Massoud Rajavi whose revelations about abuses committed in the cult has become a credited source for cult experts. . This is Wikipedia’s account about this victim of the Cult of Rajavi:

“Batul Soltani (born in 1965) is an Iranian politician who is former member of the leadership council of the People’s Mujahedin of Iran (PMOI. Soltani is a political activist and critic and a former twenty-year member of the Mujahedin leadership council. In December 2006, she escaped from the Camp Ashraf. In interviews regarding the Rajavi cult as an example of cultic behavior and mind manipulation. she has spoken about the sexual exploitation of the women in this cult after the her escape. She continued by pointing to numerous cases of Rajavi’s exploitation of the women of this cult and said: “Massoud Rajavi was using many of the divorced women in this cult, who had been forced to separate from their husbands to satisfy his sexual desires.” [9]

Batoul’s shocking revelations about what is going on inside the MKO camps is available on Nejatngo website in details. Her bitter experience of living in the Cult of Rajavi is confirmed by other female defectors of the group including Zahra Mirbagheri and Nasrin Ebrahimi who also left the group in the past decade.[10]

Isolated from the outside world, Massoud Rajavi tries to keep his victims as non-persons whose rights and even whose existence are ignored.  The news of violation of human rights, sex abuse, child abuse, manipulative control and etc. in cults, as recent as 2016, is a warning for the world community that the threat of cults is not over. More than three decades after the tragic ending of the cults in Jonestown, Guyana and the Waco, Texas   the authorities of countries should still beware of such a menace. They should be even more cautious than before because these cult members who have been under severe mental abuse have the potential to simply turn into extremist terrorists like Al Qaeda and ISIS. 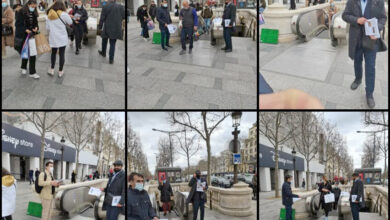