“Stalin killed over fifty members of the soviet communist party who opposed his plans for reform in one night and nothing happened,” asserted Massoud Rajavi in a public meeting inside the Mujahedin Khalq. This way, he justifies the removal of each and every person who disagrees with him.

Mehdi Eftekhari (commandant Fathollah) was one of the key members of the MKO’s central committee and its political office. He was the group’s top military commandant who operated certain terrorist acts of the MKO against the Islamic Republic. He was the one who managed Rajavi’s flight to flee Iran for Paris but three decades later, he was demoted to growing vegetables in a his small garden in the corner of Camp Ashraf. Rajavi eliminated all those high-ranking members of the MKO with whom he shared his rank. Since then, he became the absolute power of the cult. 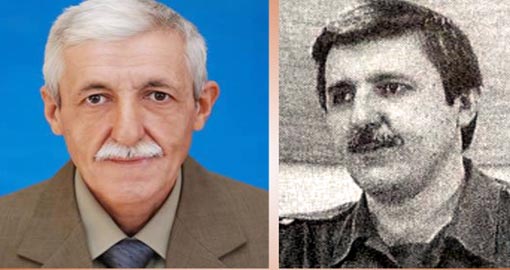 Mehdi Eftekhari was an active member of the MKO who lost his first wife in the group’s disastrous operation against Iran, the “Eternal Light”. Then, Massoud Rajavi ordered him to marry another female member of the group but not so long after the second marriage, he was forced to divorce his wife. This was an organizational order to the entire members of the group, who according to Massoud were not enough dedicated to the group’s cause and because of that they were responsible for the failure of the Eternal Light! Through his so-called Ideological Revolutuon, Massouid forbid marriage and made celibacy mandatory. Practically he turned the group into a cult.

According to a defector’s weblog, bandrajavi.blogfa, Massoud Rajavi made all members sign a bond under this title “we have no exit”. In the meeting, Massoud threatened his rank and file, “those who want to leave will be faced with the iron fist!”. However, Mehdi Eftehkhari expressed his determination to leave the group. “I want to leave the organization, what should I do?” he asked Massoud Rajavi. Eventually, Mehdi was summoned to the scene by Rajavi who was awfully angry with him. Rajavi humiliated him in front of his lower ranks in the hall severely.

Based on several articles and testimonies of MKO defectors, he was then under the sever peer pressure in the group’s meetings. Certain defectors remember a meeting in 1991, in which Massoud Rajavi suppressed Eftekhari accusing him of different charges, verbally abusing him…but Mehdi’s reaction was silence!

Since then Commandant Fathollah turned into a depressed and isolated walking dead! He suffered the constant suppression and peer pressure in the group’s indoctrination sessions.  He was diagnosed with cancer but he did not receive proper medical treatment. He died in Camp Ashraf in 2011.