Alan was 14 years old when she was brought to Camp Ashraf to visit her parents who were members of the Mujahedin-e Khalq Organization. She had been sent to Europe after the so-called ideological revolution in the MKO that forced couples to divorce and eventually to leave their children. Alan and her peers had been sent to Germany where they were kept in pensions or by Iranian families who were sympathizers of the MKO. 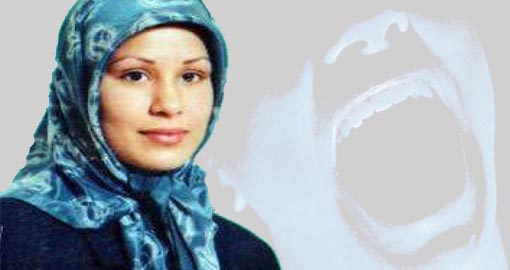 Alan who was supposed to come to Camp Ashraf to visit her parents could not accept that she would not be allowed to leave the Camp anymore. Ms. Nasrin Ebrahimi former member of the MKO writes about Alan’s sad story inside the MKO,” As I knew the group’s reality, I realized that Alan and other children like her would never get back to Europe and the group would force them to stay in Ashraf, Iraq.” The teenagers were first told by the leaders to stay in the Camp to get to know more about the “Organization”. They were treated friendly and given present. High-ranking officials used to receive them in private meetings.

“This tactic was effective. Some of the children were deceived by the group and stayed in Camp Ashraf,” writes Ms. Ebrahimi.”Some others including Alan still insisted on leaving Iraq.”

But, one crucial sentence was repeated by the MKO leaders on various occasions: “Entry doors of Camp Ashraf are open but exit doors are closed.”

Consequently, children were forced to attend indoctrination meetings. ”I remember what happened to Alan during the meetings,”Ebrahimi writes. “I remember her with her innocent face and her small body that had become the topic of their so-called ideological arguments.” Alan was ordered to divorce her parents, her friends and her normal life in Europe! She was told not to think of the opposite sex. The MKO leaders tried to indoctrinate her to admit their main cult jargon: “Long Life Divorce”!

After dozens of brainwashing sessions, Alan still asked to let her leave the camp. She resisted against the indoctrination process. So, she endured the most severe psychological tortures. Commandants abused her verbally and humiliated her before her peers in the meetings but Alan did not obey Massoud Rajavi’s mind controlling system. Thus, she was no more tolerated by the system.

One day in 2001, the group announced her death. There are different accounts about Alan’s tragic fate. The group’s propaganda told that Alan had shot herself by a machinegun unintentionally. Nasrin Ebrahimi wonders,” How that little girl could shoot herself by such heavy weapon?” Another version says that Alan committed suicide. Given that the second version is true, it shows the extremely brutal atmosphere ruling the MKO.

“Yes, a lot of people committed suicide in Camp Ashraf including me but I’m sure that the 16-year-old Alan was murdered by the MKO”, asserts Nasrin Ebrahimi.