When in 1989, the Iranian American historian Ervand Abrahamian published his prominent book on the Mujahedin Khalq Organization (the MKO), The Iranian Mojahedin and asserted that the MKO’s rhetoric and its relations do not match its activities and ideology, the group’s hypocrisy had not extended to its today’s dimensions.  Today, the MKO is openly trying to take shelter under the umbrella of the US and Israel while the leader of the group, Masoud Rajavi criticized the rulers of the Islamic republic for their alleged rapprochement to the West! [1] 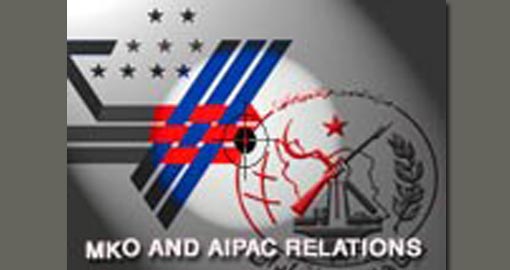 The Iranian American scholar, Dr. Sasan Fayazmanesh discussed the group’s history as “an autocratic, Marxist-oriented terrorist organization with little popular support in Iran and little credibility outside”. Dr. Fayazmanesh who is an economics professor at California State University wrote a book on the US-Iran relations, The United States and Iran: Sanctions, Wars and the Policy of Dual Containment. In a part of the book, he clarifies the MKO’s opportunistic tactics asserting, ”MEK had correctly realized that the Israeli lobby groups are the nerve-center of US foreign policy in the Middle East, and as such they concentrated their efforts on befriending these groups and their representatives in the US government.” He adds, “This was of course, quite ironic. Just a few months earlier, on June 20, 1992, the BBC Summary of World Broadcast reported that in his meeting with Saddam Hussein, MEK leader Rajavi had stated: “Iranian national movements and their masses strongly denounced the Iranian regime’s alliance with US imperialism, World Zionism and regional reactionaries to launch aggression against Iraq…” [2]

However, the objective of overthrowing the Islamic Republic made strange bed fellows out of the US, Israel and the MKO. The American government officials with close relationships with Zionist lobbies became vigorous supporters of the MKO. An example is introduced by Dr. Fayazmanesh: “There are, of course, a number of other individuals in the US Congress who are closely associated with Israeli Lobby groups and support MEK. One such person is Representative Ileana Ros- Lehtinen who considers the MKO terror cult as “democratic, pluralistic and secular”.  [3]

Dr. Fayazmanesh determines when a “cult centered around an individual” with a dark history of violence and cult-like practices, becomes a convenient tool in the hands of strange bedfellows like Saddam Hussein, The US and Israel. It means that the MKO is not taking benefits from using its “various patrons” to meet its aims but “the opposite is usually the case”. The US and Israel as well as Saddam Hussein have just a ”temporary use” for them. [4]

The Iranian American journalist Ali Gharib’s recent piece on Lobelog about Zionists-MKO relations also points out how terribly this relationship is based on benefits of Israel. “Perhaps some right-wing Israel lobby groups can be forgiven for taking up the cause of the exiled Iranian opposition group, the Mojahedin-e Khalq (MEK),” writes Ali Gharib. “The more ignorant among them might see a group headed by a woman, Maryam Rajavi, who claims to champion a secular, human rights-respecting democracy in Iran. They don’t know about Rajavi and the MEK’s history: its violence, its cult-like behavior, and its own history of human rights violations. What they do see—however problematic it might be for the rest of us—is a group monomaniacally focused on overthrowing their nemesis, the Islamic Republic, and that’s good enough.” [5]

Gharib points out the controversial deed of a Zionist lobby group named The Israeli Project. “But the Israel Project (TIP), which featured Maryam Rajavi in an online video earlier this month denouncing the Iranian elections, gets no pass on using the MEK as a bludgeon against Iran,” He asserts.” That’s because the Israel Project knows damn well what Rajavi and the MEK are. Consider what TIP head Josh Block had to say about the group in 2011, when he was at the inaptly named Progressive Policy Institute: “The MEK is a terrorist organization. Right? Let’s not kid ourselves.” Yes, let’s not.” [6]

[2]Fayazmanesh, Sasan, The United States and Iran: Sanctions, Wars and the Policy of Dual Containment Routledge, Reprint edition , May 16, 2008, Pages 79 to 85