Gender segregation has always been a controversial issue depending on social, religious and legal structure. Critics of gender segregation argue that it is a violation of human rights and denial of capabilities of a specific sex. This phenomenon is a very iconic aspect of the life inside the Mujahedin Khalq Organizatin (the MKO) as a cult-like group. However, the group makes efforts to launch pro-democracy propaganda, chanting slogans of human rights, gender equality and feminism and condemning the Iranian Government for human rights violation and gender segregation. 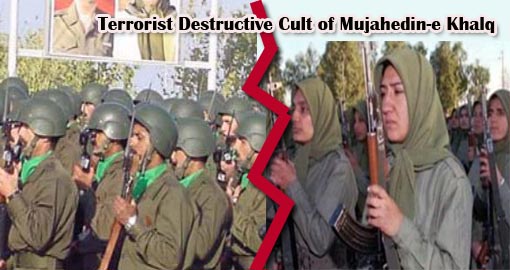 A short news on the MKO propaganda website reports what it calls “a religious decree issued for segregation of sexes in transport systems.” The alleged report quotes from the state source website ‘hamshahrionline.ir that ”according to the train company schedule, and in cooperation with the Islamic republic’s train service, a special section has been assigned to women for traveling between Tehran and Mashhad on Nour Railways’ for the first time.”

The MKO propaganda accuses the Islamic Republic of continuing “to implement gender segregation across the country” while its own record on gender segregation is notoriously known to the world. The MKO’s abusive structure has been discussed by various bodies. Independent reports from Human Rights Watch and from the RAND Corporation have gathered facts on the group’s cult-like control over members, which according to RAND, include “a near-religious devotion to the Rajavis … public self-deprecation sessions, mandatory divorce, celibacy, enforced separation from family and friends and gender segregation.” [1]

The women only passenger wagons in widely customary across the world. In many countries like, Brazil, Japan, Mexico, and Indonesia gender segregated transport system is used to create a more relaxing and peaceful journey for women. A recent report says that, a central German regional railway is also launching a special women and children only area for their trains “. [2] Regardless the controversial arguments that gender segregated carriages on trains are effective to prevent sexual harassments against women or not, the MKO –also known as the Cult of Rajavi—lacks the least competency to argue about such issues.

The freelance British journalist Owen Bennet Jones in his book, “Terrorists? Us?” defines how the MKO destructive cult turned in to the “Cherished ally” of the West. He accurately describes the development of Rajavi’s cult-like control system in the MKO after the disastrous failure in his Saddam-backed military operation against Iran called “Eternal Light”.  “Rajavi had to come up with an explanation for the defeat,” he writes.” His unorthodox solution was to tell his fighters they had lost because they had been distracted by love and sex. He commanded members to divorce, become celibate and live in communal, single-sex accommodation, just like soldiers in a regular army. Filled with ideas of self-sacrifice and martyrdom, they did as they were told. (The celibacy rule is to this day so tightly enforced that there are separate times for men and women to use Camp Ashraf’s petrol station.) Members were urged to transfer their passions from their former spouses to their leaders, the Rajavis. Aware that people were becoming sexually frustrated, meetings were organized where members were obliged to confess their sexual fantasies in public. If you did confess to something, other members spat at you. Friendships were also discouraged at Camp Ashraf, and so were children. From the mid-1980s, citing safety concerns, the leadership ordered that several hundred children living in the camp be moved to pro-MEK foster families in Europe and Canada. Some parents have not seen their children for more than twenty years.” [3]

Gender segregation in the MKO is mandatory. It is neither permissive –ordered by law— nor voluntary. Inside Camp Ashraf eating places, dormitories, gas stations and even streets were sex-segregated. The couple, both defectors of the MKO, Ann Singleton and Massoud Khodabandeh described the violations committed against members of the MKO cult in their book “The Life of Camp Ashraf Mojahedin-e Khalq – Victims of Many Masters” :

“Over the years former members who escaped from Camp Ashraf have told their stories to a world unwilling or unable to listen. Thousands of them consistently and courageously described the conditions of the internal revolutions and Rajavi’s bizarre requirements for members to divorce and to remove all the children from the camp; to undergo the daily humiliations of public self-confessions which enforce the celibacy and gender apartheid; to suffer micro-management of their every waking moment which imposed deliberately exhausting work schedules and disorienting indoctrination sessions; to be deprived of any information from and contact with the outside world and their families. Rajavi did all this to keep his members from leaving. When this failed, he imprisoned them.”[4]

Rania Abouzeid of the Time also provides a comprehensive account on the MKO’s hypocrisy: “Camp Ashraf, with its gender-segregated dormitories, manicured lawns, flower beds and tree-lined streets, is the only home many of the residents have known. The MEK maintains firm control over its members, preventing them from marrying and restricting or preventing contact with family elsewhere.” [5]

Constant human rights violation and gender segregation are in the essence of the MKO as terrorist destructive cult even if it is relocated in Europe in the heart of democracy; and even if its propaganda resorts to each and every means possible.

MKO and Western Support—what’s the Motive?

MEK has turned Camp Liberty into a prison