As we have been told, you are invited to take part in the “Grand gathering for Free Iran in Paris (Bourget) July 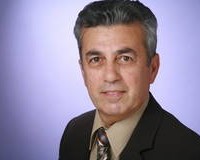 This gathering is organized by the Iranian “Mojahedin-e Khalq-Organization (MEK/MKO)” aka “Peoples Mojahedin of Iran (PMOI)” or “National Council of Resistance of Iran (NCRI)”.

As a journalist with knowledge about the middle east, especially Iraq and Iran, you certainly know that the MEK is a cultish organization with no support among the most Iranians (exiles as those living in Iran). The majority of the Iranians despise the MEK for their alliance with Saddam Hussein in the 80s and for their position against the nuclear program (by most of the Iranian population the program is seen as a legitimate right). At least there is the occult and even messianic image, which has been arranged to Maryam Rajavi “President-elect” and “Sun of the Revolution” and the cultish structure of the organization, which raises questions of democracy within the organization itself because Maryam Rajavi remained the President of the organization since her “election” in 1993 without any sign of political pluralism.

Taking part in the gathering on July 9thwill not support human rights and democracy in Iran!

Taking part in the gathering on July 9thwill not reduce executions and torture inside Iran!

Taking part in the gathering on July 9thwill not stop religiously motivated violence and terror in the middle east!

Participate in the MEK-propaganda-event on July 9thonly means to support a hypocritical cult!

The Iranian Mojahedin by Ervand Abrahamian;

RAND Cooperation: “The Mujahedin-e Khalq in Iraq A Policy Conundrum”;

Letter of Mr. Naderi to the US Secretary of States concerning MKO

Iraqi victims of MKO to collect signatures to expel the group