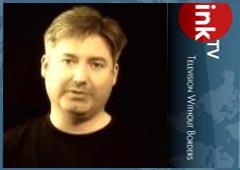 you his special report about The MEK (AKA the Mujahadeen-e-Khalq). James’s award-winning film ‘Iraq in Fragments’ made a profound impression on me so I was fascinated to see his Special report about this little-known organization and very proud to be able to bring it to you. You can watch the premiere of the report streamed here on LinkTV.org and it will also be airing on the channel on 25th September at 9pm Pacific/12 Eastern, and October 30 at 4pm Pacific/7pm Eastern.

According to the Council on Foreign Relations, ‘The U.S. State Department lists the Mujahadeen-e-Khalq as a terrorist organization for its association with Saddam Hussein’s Iraqi regime until the dictator’s ouster by the U.S.-led invasion in 2003.’ It also states that ‘the MEK was blamed for Western targets in the 1970s and for supporting the 1979 American embassy takeover in Tehran. Over the last two decades, however, the group’s continued presence on the U.S. terrorist group list primarily involves its activities directed from Iraqi territory against Iran. After the 2003 U.S.-led invasion, the MEK was disarmed and confined by American forces to the grounds of a former Iraqi military base. Still, the 2007 State Department report says that MEK maintains “the capacity and will” to attack “Europe, the Middle East, the United States, Canada, and beyond.”
We talked to James earlier today about his film:

Why did you make the film?

First of all, I don’t really look at this project as a “film” per se — this is more like a special report, made exclusively for TV broadcast and Internet. I made the decision to put this report together because I think the subject matter is important; it has a strong impact on US-Iran relations although it’s a subject of which few in the United States are aware.
Are these former MEK members who gave interviews in any danger?

I was able to make contact with the former members of the MEK through an NGO in Tehran called the Nejat Society, which is an officially-sanctioned organization that helps the families of MEK members currently in Iraq and also provides support to former MEK members who have returned to Iran. Though I am sure the MEK itself might pose a danger to former members who speak about their experiences inside that organization, it’s important to recognize that I made these interviews with the blessing of an official organization in Iran, and not in secret. None of the participants in my report expressed any fear about giving interviews, since the Iranian government is already fully aware of their identities and history.

From what I can gather, it is now the position of the Iranian government to allow former MEK members to return to Iran without charging them with any crime, except for those who were in leadership positions inside the MEK or personally carried out terrorist acts – and there are relatively few of these people. In this way, the Iranian government hopes to dissolve the organization by allowing most people to leave it easily, and making it more feasible to shut down the main MEK Ashraf base in Iraq.
How did you come across the characters?

I contacted most of the former MEK members through the Nejat Society in Tehran. The journalists and historians I interviewed because of their published work on the MEK. People like Hans von Sponeck, who had been working for the UN in Iraq in the 1990s, I was able to interview just by chance. I was also able to interview the FBI agent in charge of investigating the MEK in the United States during the 1980s, though it took a long time to arrange this interview. I also contacted pro-MEK organizations such as the Iran Policy Committee, but after initially agreeing to an interview they eventually refused to go on the record. I also contacted Ali Reza Jafarzadeh – the former spokesperson for the MEK who now works for Fox News – to request an interview, but he never responded.

What are the characters in the film up to now?

Arash Sametipour, the main character in the report, finished his prison sentence and has been married for several years, living in Tehran where he works in a private company that teaches English to Iranians. Ronak, who was held against her will by the MEK in Ashraf base from the age of 14, is now in her early twenties and lives with her mother in the Kurdish area of Iran. Babak Amin, who carried out a number of terrorist operations in Iran including firing an RPG at the Ministry of Defense building, served a prison sentence and is now pursuing an engineering degree in Tehran. Yavar, the former MEK member who killed a young security guard in Esfahan after the 1979 revolution, served a long prison sentence and was saved from the death penalty by clemency granted by the guard’s mother, according to the Iranian legal system which allows family members of murder victims to pardon the murderer. Yavar adopted two young girls orphaned during the Iran-Iraq war and raised them as his own.

Have the MEK acted on any recent threats to the Iranian government?

During the 1980s and 90s the MEK carried out a number of terrorist operations against Iran, and even launched a land invasion in 1988, at the end of the Iran-Iraq War. However, since the 2003 US invasion of Iraq, the MEK has been largely disarmed and is no longer in a position to carry out large operations against Iran. Instead, they have been lobbying the US government to take military action against Iran, hoping to inspire a “regime change” that would allow themselves to come to power.

Has the U.S. government’s policy changed at all concerning the MEK?

My understanding is that there are deep divisions of opinion inside the US government regarding the MEK. On the one hand, the State Department, CIA and FBI all seem to regard the MEK and its lobbying efforts with a great deal of skepticism, because they understand the history and nature of the organization. After all, the MEK remains on the State Department list of designated foreign terrorist organizations, and they continue to be investigated by the FBI up to the present day. However, it is also clear that the MEK has managed to gain some favor both inside the White House and the Pentagon. Because of this overt and less-overt support, the MEK – a terrorist organization, according to the US government – is able to continue operating a base in Iraq under US military protection, and is able to continue fund-raising and lobbying efforts in the United States. So the MEK has come to represent a kind of hypocrisy on the part of the US government, because of their inconsistent enforcement of US anti-terrorism laws when it comes to the MEK.

Is the MEK an Islamic fundamentalist group like the Taliban?

No. The MEK can not really be compared to the Taliban – they are very different. Prior to the 1979 Islamic Revolution in Iran, the MEK was a pro-revolutionary group that used many methods, including bombings and assassinations, to advance their goals. They espoused a philosophy which they called “Revolutionary Islam” which combined Marxist ideology with Islam. After the revolution when the the MEK was forced into exile, they became a personality cult under the leadership of Massoud and Mariam Rajavi, the husband and wife duo that has led the MEK since the 1980s. At that point, the actual political ideology of the group became secondary to the personality cult of the Rajavis.

Why isn’t the MEK well known in the United States, especially in the press?

Though the MEK has maintained an organized presence in the US since the 1980s and been under almost constant investigation by the FBI, they are not well known in this country since most of their activity has been focused inside their base in Iraq and their operations into Iran. The face they have presented in the United States is one of a democratic opposition group fighting for human rights in Iran, and they have been able to sell this image successfully among many members of Congress. The MEK has received some occasional press attention, but I think they are generally ignored because their story is quite complex and requires a great deal of explanation and background to tell properly, and US journalism tends to shy away from stories that cannot be told in sound-bites.

Why is it important for our viewers to see your film now?

Right now the US is faced with two vastly divergent paths that it can follow in terms of policy toward Iran. We can either go down the road of diplomacy and negotiations with Iran, or continue to build up a policy of sanctions and threats, and possibly war. The MEK is very much bound up in this choice, since if we choose to go down the diplomatic road with Iran then clear decisions have to be made to end all support for the MEK, whose main goal is the overthrow of the Iranian government, and to continue tacit support for the MEK clearly worsens relations with Iran and makes diplomatic efforts more difficult. To take a clear position to end US support for the MEK would ameliorate US-Iran relations and make negotiations on other issues far easier.

From an interview with James Longely, September 23rd, 2008. LinkTV.

For additional information on the subject of the film, the MEK, go to: http://en.wikipedia.org/wiki/PMOI
Also, James has put up additional video and audio about the group here: http://www.daylightfactory.com/MEK/

James Longley was born in Oregon in 1972. He studied Film and Russian at the University of Rochester and Wesleyan University in the United States, and the All-Russian Institute of Cinematography (VGIK) in Moscow. His student documentary, Portrait of Boy with Dog, about a boy in a Moscow orphanage, received the Student Academy Award in 1994 by the Academy of Motion Picture Arts and Sciences.

After working as a film projectionist in Washington State, an English teacher in Siberia, a newspaper copy editor in Moscow, and a web designer in New York City, James traveled to Palestine in 2001 to make his first feature documentary, Gaza Strip. The film, which takes an intimate look at the lives and views of ordinary Palestinians in Israeli-occupied Gaza, screened to critical acclaim in film festivals and U.S. theaters.

James Longley’s short film, Sari’s Mother, premiered at the 2006 Toronto International Film Festival, and was nominated for an Academy Award in 2008.

James is currently working on projects in Iran.
Posted September 24, 2008 by Lorraine Hess with contributions from Deepak Unnikrishnan