MEK Matters in US -Iran Relations

It is something clear that no nation advocates traitors’ claims for democracy as what MEK has long been doing, since the 1980s they collaborated with 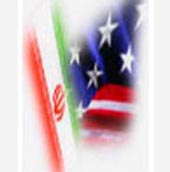 Saddam Hussein during Iraq-Iran war parading in tanks that had been donated to them by Saddam Hussein, until now that their slick lobbying and propaganda machine operates in the West.

Alireza Jaafarzade, MEK’s spokesman in the US and the foreign affairs  analyst of Fox News(!) says that he supports sanctions against Iran but he also wants to see that sanctions are coupled with political pressure.

While many in both US and Iran governments are looking for diplomatic solutions to normalize the relations, the MEK traitors are making a lot of efforts to destabilize the Iranian regime by duping the West claiming to represent a democratic alternative to regime of Tehran.

To achieve their goals the “MEK have always been able to rent a crowd for the benefits of TV cameras and Naive Western commentators.”; Kenneth.R.Timmerman said in his article “ No Second Marriages in Iran” in Front Page Magazine (July13,2007)

For sure democracy is welcomed all over the world, but Mujahedin-e-Khalq is not the opposition to establish it as it claims. MEK may be able to dupe the Western governments by its pro-democratic slogans, statements but not Iranians who have long been victims of the terrorist attacks of the group as well as its close cooperation with Saddam as his main accomplice against Iran.

Timmerman introduces MEK as “an Iranian terrorist organization that has murdered Americans “which “is once again trying to launder its past and to convince Western governments that it can provide an effective alternative to the regime of Tehran.”

Today MEK’s main focus in their activities is to pressure the European and American parliament members to remove them from the list of terrorist organizations.

But given the MEK’s history of violence and its willingness to act as a proxy force against Iran, it is not wise to remove them from the list because such an action would increase the hostilities between the United States and Iran and also it would influence Iraq and then the whole region.

A terrorist camp at the heart of Europe