EU-Iran Relations in the Trump Era 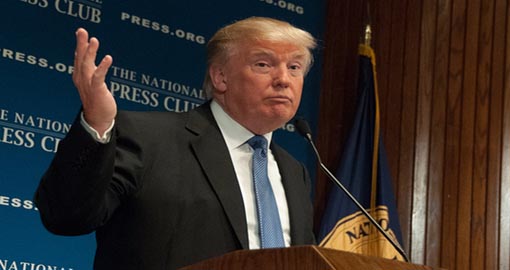 One undeniable benefit of the historic nuclear deal, or Joint Comprehensive Plan of Action (JCPOA), is that it opened the channels of communications between Iran and the EU beyond the narrow issue of the implementation of the agreement. As the high-level political consultations between the EU and Iran on November 8-9 in Brussels have shown, the bilateral agenda now includes economic cooperation, discussions on regional issues, notably Syria, and even a nascent dialogue on human rights. Thus, the Brussels meetings have provided a suitable opportunity for both Europeans and Iranians to compare notes on the election of Donald Trump as the US president and what it means for the survival of the JCPOA and broader normalization of EU-Iran relations. What emerged from the conversations shows a considerable convergence of views.

Despite Trump’s pre-electoral pledge to renegotiate the deal that he deemed to be “disastrous,” both Iranians and Europeans have adopted a wait-and-see approach. To illustrate how the electoral rhetoric may not match the real actions in office, Iranians pointed to the quiet removal from Trump’s webpage of his statement vowing to ban Muslims from entering the US. Another glimmer of hope, from the Iranian perspective, lies in Trump’s repeated ex

There is, however, a danger of some neoconservatives moving closer to Trump and setting his administration on a more aggressive course than his campaign pronouncements suggested. Already some notorious uber-hawks, such as New Gingrich, John Bolton, and Rudy Giuliani, are slated for top jobs in the Trump administration, including the crucial secretary-of-state job. All three have deep ties with the Iranian dissident cult MEK, on the US terror list until 2012, bitterly opposed to the current Iranian government and advocating regime change in Iran. Although the Saudis, Iran’s archrivals in the region, cast their lot with Clinton, they may now be busy trying to figure out how they can “buy off” Trump. And one of Trump’s top donors, Sheldon Adelson, a casino magnate with strong pro-Likud views, has threatened Iran with a nuclear strike.

This uncertainty has prompted analysts like Ariane Tabatabai from the Center for Strategic and International Studies to call on the EU to be more assertive in safeguarding and implementing the deal and act as a check on America. The EU might do exactly that. Federica Mogherini, the EU foreign policy chief and chair of the Joint Commission tasked with overseeing the implementation of the JCPOA, explicitly emphasized the multilateral character of the Iran deal, codified by a UN SC resolution. Since Iran, according to the International Atomic Energy Agency, complies with its commitments on the deal, there is absolutely no incentive on the EU side to renegotiate the deal.

Furthermore, the EU’s own interests have been pushing it to invest in its relations with Iran. The EU is closer to the Middle East than the US and is directly affected by the turmoil there in the shape of a terrorist threat and irregular migration. Whether it is the Syrian war or the flow of refugees from Afghanistan, Europeans realize they have to deal with Iran. They also see it as a potentially lucrative market for their businesses. The traffic of officials and businesspeople between Tehran and European capitals is heavy these days. On October 25, the European Parliament (EP) adopted a forward-looking report on relations with Iran. The Council of the EU, the main foreign-policy making body representing the bloc’s 28 member states, is preparing to adopt its new guidelines on relations with Iran, which are expected to overlap significantly with the EP report.

More broadly, there are signs that the election of Trump is already stimulating some hard thinking about the EU’s strategic autonomy. Plans to create a “defense union” are likely to gain further momentum. Of course, transatlantic relations possess a certain inertia that will likely persist. This link is long-standing and deserves to survive the Trump presidency. However, the EU is unlikely to follow the US in doing something as self-defeating as revoking or even re-negotiating the nuclear deal with Iran. What could, however, put the EU in an indefensible position is if Iranian hardliners sabotage the implementation of the deal as a response to American non-delivery on its commitments. It is only to be hoped that cooler heads will prevail in Tehran in the face of possible provocations from the Republican-led White House and Congress.

There is, however, a wild card on the European side as well—Europe’s own right-wing populists, such as the leader of the French National Front Marine Le Pen. Her election as France’s president can no longer be ruled out. Le Pen and her Europe of Nations and Freedom (ENF), a far-right group in the EP, generally sticks to a superficially friendly line on Iran, regularly lambasting Iran’s foes such as Saudi Arabia and Qatar. This, however, is part of a general backlash against the French elites, known for their close relations with the Gulf despots, rather than an ex

In a world of growing uncertainty, the current leaders of the EU and Iran must do their utmost to ensure that the Iran deal survives the complicated politics of some of its parties. The stakes could not be higher: the fate of a working agreement that not only defused a potentially devastating conflict but also opened a way for re-engaging with one of the key countries in the Middle East.

Eldar Mamedov has degrees from the University of Latvia and the Diplomatic School in Madrid, Spain. He has worked in the Ministry of Foreign Affairs of Latvia and as a diplomat in Latvian embassies in Washington D.C. and Madrid. Since 2007, Mamedov has served as a political adviser for the social-democrats in the Foreign Affairs Committee of the European Parliament (EP) and is in charge of the delegation for inter-parliamentary relations between the EP and Iran.