As you are aware, extremist cultic groups like ISIS, in line with their devious agendas, are now engaged heavily 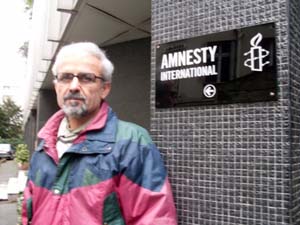 in recruiting in European countries. The Mojahedin Khalq of Iran (aka Rajavi cult) led by Maryam Rajavi is one of the oldest and most dangerous of these cultic groups. It is now over 30 years that the members of this cult have been exiled from Iran and the group is notoriously despised by Iranians inside and outside the country. Iranians have a good understanding about this cult therefore no Iranian would join their programs. It because of this lack of support that the Mojahedin Khalq, like ISIS, is recruiting from European citizens.

This is not the first year that the Mojahedin Khalq is recruiting youngsters from Poland to attend their yearly propaganda program glorifying terrorism. They offer prices of less than 15 percent of the real cost of holidays in Paris to the young students from Poland and exploit their lack of knowledge about Iranian politics and their lack of knowledge of Persian language in order to fill the hall with an audience for their yearly meeting which is held to glorify terrorism this year on July 09 2016.

I was a member of this organisation for over 30 years and I am one of the fortunate ones who was able to run away safely from this cult. I would like to bring to your attention and warn your good self to watch out for the traps put in front of the Polish youth and students so they do not fall foul of the tricks of the Mojahedin Khalq (Rajavi cult). Today we can see the terrifying crimes committed by ISIS in Iraq, Syria, Libya and beyond. Some of these crimes are committed by the people recruited from European countries. Rajavi is no better. Rajavi is using the same tactics and follows the same rules. Some of the evidence, documents and links to Polish language websites and social media which have been created and used by Mojahedin Khalq to recruit students are: