When the MEK were finally expelled from Iraq in August 2016, the Iraqi Foreign Ministry voiced its “deep satisfaction” with the relocation of the MEK in Albania. International efforts to solve the crisis were met with “outstanding success,” a statement read. 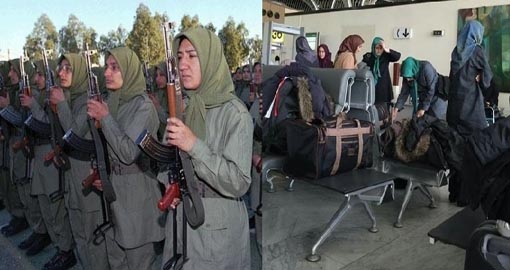 Deep satisfaction’ is an understatement. Since 2003, the MEK – known asSaddam’s Private Army – has been linked to the insurrectionists which included former Saddamists and Al Qaida in Iraq and later Daesh whom the MEK called ‘revolutionary brothers’. In 2009 serious efforts began to expel the group. The MEK refused to cooperate, issuing credible mass suicide threats against any interference. In 2011, the government of Iraq signed a Memorandum of Understanding with the UN to facilitate this effort. The MEK still refused to cooperate.

Neither was it straightforward to relocate an entire terrorist group. In 2013 Romania refused to take them. Instead, a $9m deal was struck by the US with the government of Albania to take an initial 210. In March 2013, the Obama Administration urged the MEK leadership to “accept the government of Albania’s humanitarian offer immediately, and urges the residents of Camp [Liberty] to resume participation in resettlement interviews to ensure that individuals avail themselves of safe and secure relocation opportunities outside Iraq”. The MEK rejected the offer. The transfer process slowed and often stalled over the next three years.

It was only over the summer of 2016 when it became clear that Daesh and the Saddamists would be flushed out of Mosul and Daesh’s dream of establishing its abhorrent Caliphate in Iraq had been crushed, that the MEK finally accepted to leave. By this time the MEK had sustained 200 deaths and even more injuries as their camp was repeatedly attacked by enemies. For sure the Iraqis had good reason to be glad to see the back of them.

Now in Albania many questions surround the arrival of the MEK. Since 2013, when the government announced publicly that 210 MEK would be accepted in the country, there has been no official communication with the citizenry about the numbers or the purpose of this influx, even though the government’s resettlement package has reached $20m. With upward of 2500 terrorists now located in Tirana, what does this mean for Albania and Albanians? What is the missing backstory and where lies a credible explanation for the MEK’s deviant behaviour?

The first thing we can state is that there is no programme in Albania to de-radicalisethese people. They were transferred as an intact group and there are no plans to disband them. Although international law forbids the UN from granting asylum to terrorists or even to a political group, this is what apparently has happened here.

Evidence that this group is not going to be de-radicalised is not difficult to obtain. Some members when interviewed have already said they only intend to stay in Albania “until the Iranian regime is toppled”. Journalists would only then need to ask why the members are denied any form of family life – marriage and children are banned in the MEK – to elicit the answer ‘so we can focus fully on our struggle’. It is an overt admission that they are not about to abandon their activities as a terrorist group. They are not willing to submit to de-radicalisation. 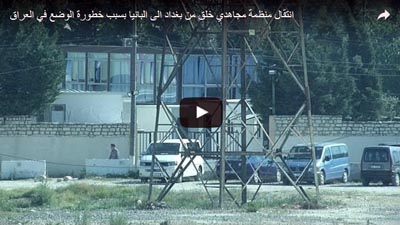 But how do we know they are radicalised at all? What threat, if any, do these people pose to Albanian society?

For the local citizens, mystery surrounds their arrival and their lifestyle. Should these secretive and covert neighbours be treated with suspicion or kindness? At a local level, the first thing neighbouring families need to be aware of is that among all MEK members, sexual relations have been banned for over 25 years. This means there are no marriages or children or young people in the organisation. More troubling are the obligatory confessional meetings in which members are required to admit any sexual thoughts or feelings and be punished for them. With this emphasis on sexual matters, it is not known how such people may react when they come in contact with ordinary people and their children.

Local people will notice that the behaviour, body language and appearance of the MEK are not normal. They will intuitively understand that there is something deviant in these people but will not, without further knowledge, have the means to explain it.

In short it is the result of radicalisation. This is a process of ongoing brainwashing which suppresses the authentic self and emotions and replaces them with the zealous ideological mindset of terrorists.

These people dress, walk and hold themselves differently. Their utilitarian, beggar-like clothes are easily identifiable as thinly disguised uniforms. They do not readily engage with outsiders. Most of them remain isolated behind closed doors and curtains. Those who do come outside are the trusted members who have been successfully re-charged with fresh ideological zeal. They come outside for specific missions such as buying mobile phones, not for enjoyment or leisure. More senior members, travelling covertly in vehicles, will be involved in other more secretive and troubling activities.

In public, the MEK may appear friendly and confident, condescending even, since they feel themselves superior to outsiders. However, because they are very much focused on their own self-preservation and that of their group, this means they cannot engage on a more personal level or talk about everyday issues and will become agitated if pressed beyond their capacity and knowledge.

As a result of radicalisation they have a black and white world view, operate with a very narrow range of emotions and are reluctant to question or be questioned. They display a phobic response to the outside world. Indeed, the MEK do not have an ‘outside’ to which they want to return. Their whole lives revolve around obedience to their group and its leaders.

Radicalisation makes them obedient to orders. The MEK know themselves as ‘living martyrs’ which means they accept death at any time if ordered by their leaders to kill or perform a suicide mission.

What the Albanian authorities are dealing with is not only radicalised combatants but combatants who have been fully trained in terrorism and security tactics by Saddam Hussein’s Republican Guard and Mokhabarat (secret services). They may be old and some may be sick, but they remain programmed to obey orders and are prepared to die or kill for their beliefs. They are trained to dissemble. They can operate easily using two or three false identities. (Complicated by the fact many arrived in Albania using false identities.) They can set people up, obscure their tracks and hide in plain sight. Transferring these people from Iraq to Albania is the equivalent of moving terrorists from Syria to Europe. The challenges posed by these facts cannot be ignored or minimised. 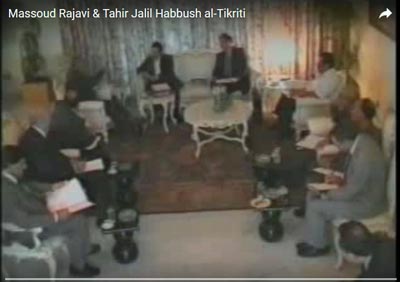 So, if the MEK are not going to be disbanded and de-radicalised, what will they be doing in Albania?

The MEK has a long history of terrorist activity, and its belief system is rooted in violence, but the MEK’s modern role is not military. While in Iraq, the group fulfilled vital facilitating functions for Saddam Hussein, mostly in Europe, doing what he couldn’t do under international sanctions: selling oil under the UN oil-for-food programme; procuring weapons and military equipment; purchasing chemical components for WMDs; money laundry; people trafficking; intimidation and murder of opponents; and undertaking public relations work in the West, including corrupting politicians.

It is anticipated that the MEK will perform a similar facilitating function in Albania, but this time serving modern terrorist groups like Daesh and smaller groups. (The MEK is in part funded by Saudi Arabia.) Albania’s location and historic problems with organised crime and corruption still render the country vulnerable to exploitation by groups like the MEK. It is known that over the past three years, the MEK have already developed relations with criminal gangs and corrupt government officials.

The danger lies in the MEK’s sophisticated capacity to propagandise and deceive political and public opinion, while at the same time performing outrageously damaging activities for the host country. Not only are the MEK fully trained by Saddam’s Intelligence service, but radicalisation means they have no moral, social or religious boundaries whatsoever. For them, all criminal activity is justified by their ideological belief that they can and must do anything for their cause.

Just as the MEK hosted Al Qaida and other insurgents in Iraq, the group is now fully placed to act as a hideout and training provider for the jihadis and terrorists who currently threaten the security of the whole Middle East.

If Albania fails to de-radicalise these people, the consequences could be severe. It is up to the Albanian people to demand a satisfactory explanation from their government. Is this really the humanitarian mission that Albania signed up for?

By Anne and Massoud Khodabandeh