An Iranian man, Mousa Jaberifard, was sentenced to three years in prison by the Court of Tirana, Albania after being convicted for the offense of sexual harassment and attempted rape of a minor. He was arrested in March this year after the parents of an 11-year-old boy called the police.

Jaberifard arrived in Albania in 2014 as one of the Mojahedin Khalq members from Iraq. A local family became friends with him. The fami 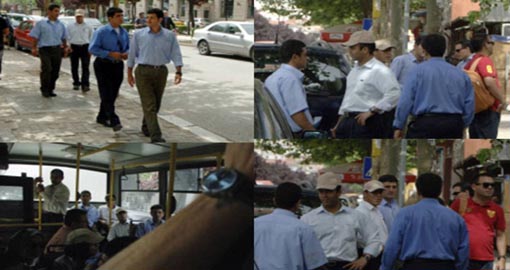 ly’s 11-year-old son told police that after going to the market with Jaberifard to buy bread, they arrived back at his apartment where Jaberifard undressed and tried to have sex with him. After many attempts, the boy managed to escape and inform his family who immediately called the police.

Jaberifard is one of over 2500 radicalised Mojahedin Khalq members who have arrived in Albania since 2013. Iran-Interlink warned last week:

“For the local citizens, mystery surrounds their arrival and their lifestyle. Should these secretive and covert neighbours be treated with suspicion or kindness? At a local level, the first thing neighbouring families need to be aware of is that among all MEK members, sexual relations have been banned for over 25 years. This means there are no marriages or children or young people in the organisation. More troubling are the obligatory confessional meetings in which members are required to admit any sexual thoughts or feelings and be punished for them. With this emphasis on sexual matters, it is not known how such people may react when they come in contact with ordinary people and their children.”

Even though the group arrived in Albania under the auspices of the UNHCR, there is no programme to deradicalise members of the group. This means that even if they separate from the MEK, the members remain radicalised and can still pose a threat.