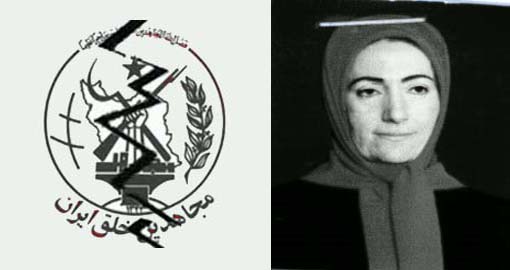 passports. These are the elements who have been involved in terrorizing, torturing and killing operations and are mostly wanted by Interpol.

They are mostly escaping to Albania and then to European countries.

Information and photographs of several of these fugitive elements has been exposed by former members of the MKO destructive cult.

She operated as tank commander during the Mujahedin-e Khalq Pearl Operation in Iraqi Kurdistan in which Rajavi took orders from Iraqi dictator; Saddam Hussein to massacre Kurdish villagers. Maryam Rajavi famously ordered her forces to run over the victims with their tanks so as not to waste bullets unnecessarily. The MEK, acting as Saddam’s Private Army, were used to viciously quell the Kurdish uprisings (intifada Shabaniyeh) in the North.

She also functioned within the MKO Cult as one of the commanders of the Interior section ( Bakhah-e Dakheleh ). The “Interior Section” focus was inside Iran.  That is this section was in charge of recruiting members, attracting money, spying and sabotage operation inside Iran. The MKO tricked many unaware people and deceptively transferred them to Iraq.