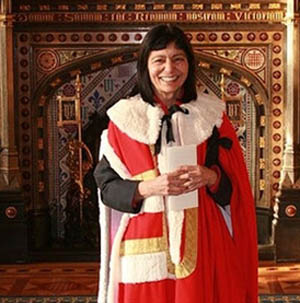 We are fortunate in the UK to have in the House of Lords an Iranian woman with your distinguished past as Professor of Politics at York University and as a highly-respected advocate for Iranian and Muslim women’s rights.

The House of Lords debate you called on December 8 was most welcome and timely. Your call to exert diplomatic pressure on Iran over its failure to administer true justice to its citizens and its mistreatment of named individuals was an admirable example of ‘speaking truth to power’.

“Having spoken truth to power all my life, I find that in this country I am invited to apply to join your Lordships’ House. I fear that in my own birthplace I would be put in prison and maybe the UK Government would not be able to help.” 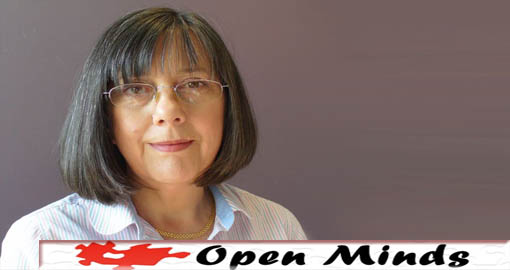 support of the notorious National Council of Resistance of Iran (aka MEK, MKO, PMOI, Rajavi cult) and its leader Maryam Rajavi. To say this was an unwanted and irrelevant intervention is an understatement. Indeed, when he referred to Maryam Rajavi’s (fictitious) “commitment to the Universal Declaration of Human Rights and to other international instruments”, I was deeply dismayed.

Over decades, report after report by human rights bodies including various offices of the United Nations, Human Rights Watch and Amnesty International have charted the appalling violation of every single article of the Universal Declaration of Human Rights by Maryam Rajavi and her late husband in relation to their own followers. Surely it is common knowledge – at least among Iranians – that members of the MEK are held in a state of modern slavery and subjected to bizarre cultic abuses.

As a Farsi speaker I am sure you will understand when I describe Lord Alton’s contribution as throwing a mouse in the stew (moosh andakhtane Lord Alton dar dige hoghoogh bashar); he ruined it for everyone.

Rather than enjoying a free and productive discussion about human rights in Iran, the whole debate was contaminated by Lord Alton’s unwarranted support for a terrorist group which is known far and wide for its war crimes and crimes against humanity. We cannot now expect Iran not to take advantage of this speech and denounce the UK for double standards and supporting a terrorist group.

Some in the west perhaps forget that the Iranian establishment controls the narrative on the MEK in Iran and not Maryam Rajavi, and that it has lost no opportunity in the past to bring victims of MEK bombings as well as former members to the screen to testify to the MEK’s (irrefutable) acts of terrorism, treachery and human rights abuses.

As a result of its bloody and treacherous past the MEK is reviled both inside and outside Iran. I would challenge anyone to find an Iranian who has not been paid or brainwashed by the MEK who would advocate for the group. What possible motive could Lord Alton have to support this group for three decades in full knowledge of their past and current human rights abuses? What possible benefit could be brought to the debate on human rights in Iran by such support?

As a respected member of the House and an Iranian woman who for decades has advocated for women and human rights you know that this directly damages every effort by activists and protestors inside and outside Iran to democratically challenge and change their government’s suppressive, discriminatory and harmful policies. Support for Maryam Rajavi and the MEK plays directly into the hands of the hardliners who like nothing better than to point to UK support for MEK terrorism to justify their continued crackdown on civil protest.