Daniel McAdams, Executive Director of the Ron Paul Institute for Peace and Prosperity, discusses the bipartisan coalition of top US politicians, including John McCain, who accepted money from the MEK to lobby for their removal from the State Department’s terrorism list; and Rand Paul’s assertion that the US should stay out of the Syrian civil war, in direct contradiction to warmongers McCain and Lindsey Graham. 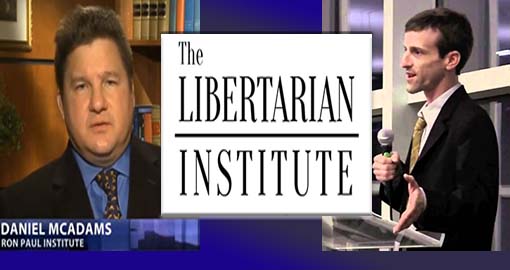 Scott Horton is Managing Director of The Libertarian Institute, host of Antiwar Radio for Pacifica, 90.7 FM KPFK in Los Angeles and KUCR 88.3 in Riverside, podcasts the Scott Horton Show from scotthorton.org, and is the Opinion Editor of Antiwar.com. He’s conducted more than 4,000 interviews since 2003. He is a fan of, but no relation to the lawyer from Harper’s. Scott lives in Austin, Texas with his wife, investigative reporter Larisa Alexandrovna.

US Media and Iran’s MEK Terrorists Who Cried Wolf