Adnan Abu Amer writes that “the relationship between Fatah and Egypt has reached the bone-breaking stage, especially with [Palestinian President Mahmoud] Abbas as head of the movement.” 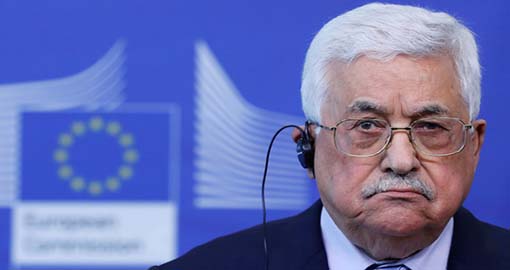 Abbas has played a weak hand as badly as one could imagine it being played. His plan to pressure Hamas by cutting both staff salaries and electricity in the Gaza Strip has earned him the wrath of the people there. Egyptian President Abdel Fattah al-Sisi rejected Abbas’ plan, contributing to a downward spiral in Fatah’s ties with Cairo.

Dahlan, who comes from the Khan Yunis refugee camp in the Gaza Strip, was once a blood enemy of Hamas. In addition to street battles with Hamas while with Fatah, Dahlan was implicated in an American plot to overthrow the elected Hamas government in 2006. Dahlan was forced into exile in the UAE in 2012 after Abbas accused him of corruption, for which Dahlan was tried in absentia, and complicity in the murder of PLO leader Yasser Arafat. Dahlan relocated to the UAE where he became an adviser to Mohammed bin Zayed Al Nahyan, the crown prince of Abu Dhabi and deputy supreme commander of the UAE armed forces.

Al-Monitor has covered how Hamas has been on defense since the US-Saudi-Islamic summit in May, when it was lumped with Hezbollah, the Islamic State and al-Qaeda on the list of deplorables. These developments led Hamas to consider better ties with Iran and Russia. Like Abbas, Hamas holds a weak hand, but seems to be playing it better. Hamas has so far outmaneuvered Abbas in relations with Egypt and the UAE, and by leveraging Dahlan.

Of course, Dahlan’s return, if it happens, would hardly be a win for Hamas. If Hamas allows him to return, Dahlan would be little more than a Trojan horse, giving Cairo and Abu Dhabi the foothold they have desired to eventually unseat the Islamic Resistance Movement, which both countries associate with the Muslim Brotherhood.

Meanwhile, as Fatah-Egypt relations were hitting a new low, the Palestinian Authority sent a parliamentary delegation to take part in a conference organized by the People’s Mujahedeen Organization of Iran (Mujahedeen-e-Khalq), perhaps as a sop to Saudi Arabia, upon which Abbas depends for support.

Ahmad Melhem writes, “In light of the PA’s adherence to Saudi positions on most of the region’s issues and the political and financial support it receives from Riyadh on the one hand and the support Iran provides to resistance factions, especially Hamas and Islamic Jihad on the other, the relations between Iran and the PA continue to deteriorate, with no sign of the slightest improvement.”

He continues, “There are also other Iraqi figures in Qatar, such as Abdul Hakim al-Saadi, brother of Abdul Malik al-Saadi, who is considered the most prominent Sunni cleric in Iraq; Tariq al-Hashemi, the former vice president whom Iraq convicted of terrorism; and other academic and military oppositionists.”

Saadoun explains that Qatar is unlikely to deport or hand over any of their Iraqi guests, which provide Doha with leverage on Iraq as well as other Gulf countries.

“Qatar probably doesn’t want to take the same step the Iraqi government took when it deported members of the Mujahedeen-e-Khalq of Iran and gave up a card it could have exploited to strong-arm Iran,” Saadoun writes. “Doha will not be deporting any Iraqi opposition member at Iraq’s request because the opposition can always be used as leverage. Doha will remain an important location for the Iraqi opposition, if not a center of support for it, especially for the Sunni Islamic parties that draw from the Muslim Brotherhood ideology, because the opposition is not only a pressure card on Iraq but also on Qatar’s fellow Gulf Cooperation Council members.”

Fehim Tastekin writes that both the United States and Russia are wary of Turkish military intervention in Syria.

“What is always overlooked in the tense politics between Turkey and the Kurds is that an amplified Turkish military presence disturbs both Russia and Syria. … Russia does not want the deployment of the Turkish army and Syrian Hayat Tahrir al-Sham. Moscow wants to use military police detachments from friendly, Muslim countries such as Kazakhstan, Kyrgyzstan and Uzbekistan to enforce law and order at Idlib. After the Syrian army took over Aleppo, Russia deployed a 250-strong elite military police force from Chechnya and Ingushetia,” Tastekin reports.

Last week, this column explained how the prospects of US-Russian coordination in Syria could serve to weaken Moscow’s leverage with regional players and present opportunities for Turkey to be a spoiler, including through Ankara’s improved ties with Tehran. All this depends on Turkish President Recep Tayyip Erdogan being able to manage the deft diplomacy required to right his costly intervention in Syria.

“Moscow sees the ‘Turkish threat’ as a useful instrument of political manipulation, but fears it would further complicate the process,” Tastekin writes. “The United States fears a Turkish operation against Afrin will hamper the operation at Raqqa, where the US-backed Syrian Democratic Forces (of which the YPG [People’s Protection Units] is a part) is trying to drive out IS. An interruption to that effort would further deepen the US-Turkey rift. … Ankara was comforted a bit by several factors: the US intention to deploy at Tabqa air base; its targeting of Syrian regime forces approaching the training base the United States had set up at the Jordanian border; and, finally, its shooting down of the Syrian plane. But he agreement between the United States and Russia last week for a deconfliction area that will cover Daraa, Suwayda and Quneitra could have opened the door a bit for cooperation between the two major powers. This meant Turkey’s effort of taking advantage of a split between the two powers was futile.”