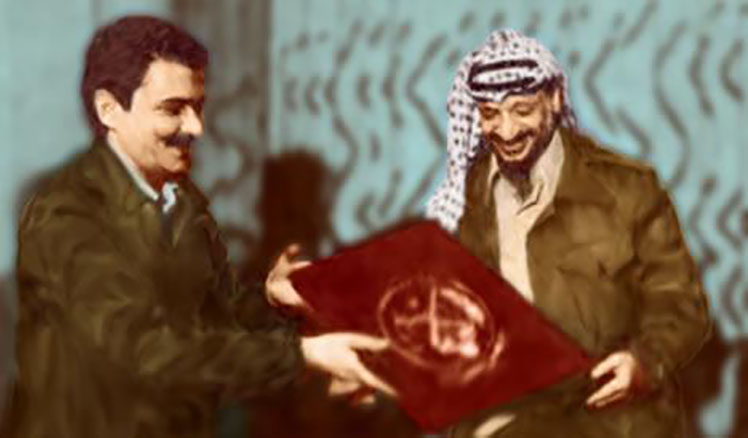 Yasser Arafat receives the Herald of the MKO by its leader Massoud Rajavi.

[In September 1981, political adviser to Yasser Arafat and former PLO representative in Tehran called at the secluded house outside Paris that former Iranian President Abolhassan Bani-Sadr was sharing with Massoud Rajavi, leader of the Mujahideen-e Khalq guerrillas.  Hani Hassan was quickly escorted past the swarm of newsmen and police at the villa’s gate and brought to Rajavi. Mujahideen sources interpreted Mr. Hassan’s surprise visit — and his invitation for Rajavi to meet with Yasser Arafat sometime soon in Beirut, Christian Science monitor reported at the time.]