Two survivors of the Mojahedin-e Khalq Organization (MEK aka the Rajavi cult) named Bahman Azami and Saadallah Seifi who recently managed to escape the cult, along with Adel Azami, a former MEK member who joined them from the UK, (all three from Kermanshah Province in the west of Iran), took part in various activities in Tirana, as below, to talk about their experiences:

– An interview with the television TemA TV in two episodes

– Two meetings in the Albanian ministry of interior affairs

– Meeting in the US embassy in Tirana

These above mentioned individuals raised the following issues in their visits and interviews:

– Expressing concern about the covert agreement made between the MEK and some political bodies which apparently safeguards some kind of modern slavery. Why the content of this agreement which was signed in Geneva and is regularly mentioned must be kept secret?

– The necessity of looking after the former members (providing even the same minimum level of support as it is granted to a prisoner), such as shelter, food, medication, family visits and etc., in order to prevent people being forced to go back to the cult or resort to criminal behaviour.

In these meetings, during which a representative of Sahar Family Foundation was present, the other parties were urged on behalf of the suffering families to clarify all agreements made within them and avoid any illegal and inhuman acts and also to not prevent the families and friends from helping their loved ones.

The Sahar Family Foundation representative emphasized that at the present time the Albanian authorities do not give any help themselves but nor do they allow the families to help their loved ones.

The officials met promised cooperation in the future in all aspects and mentioned that they know the present procedure is not right and there is a need to review the whole situation. They expressed that they are waiting for further contact and mutual activities with the Sahar Family Foundation.

In these meetings it was explained that as far as the EU parliamentarians are concerned they were informed that the US and Albania had plans to dismantle the cult and help the captured members return back to normal life, but that so far not even a trace of activity in this regard has been seen. This has created grave concern amongst the Europeans that an intact and active terrorist cult has now been moved away from the Iranian border and now sits on the border of the European Union. 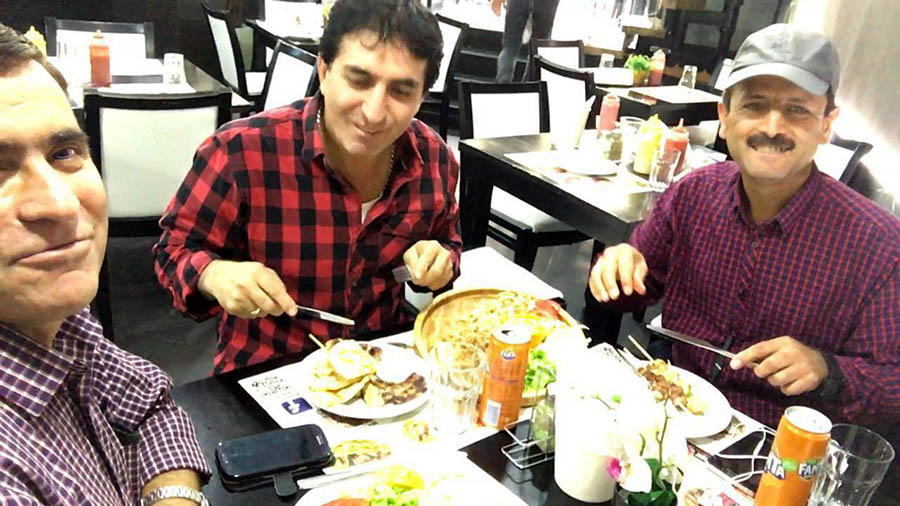 The other parties said that they are aware of the concerns expressed by the EU parliamentarians about the presence of the MEK inside Europe. They understand that concerns about the security of Europe are serious. And they know that if this problem is not resolved in the proper way this will remain as an obstacle to Albania joining the EU.

The issue of former MEK members who have left Albania illegally and have become a problem for neighboring countries was also discussed. The Sahar Family Foundation was asked to inform the former members that under no circumstances should they try to leave Albania illegally since this would make their situation even more complicated. The former members should sort out their legal difficulties inside Albania.

Links to some of the media coverage in Albania:

Anne Singleton – Khodabandeh an ex-Iranian Mojahedin gives the testimonies of three ex-Mojahedins (Mojahedin Khalq: MEK, MKO, NCRI, Rajavi cult) members who have abandoned MKO in Albania. The Mojahedin defectors show how they were recruited, brainwashed and kept in servitude by the Rajavi cult and how they gained their freedom from MEK.

British expert Anne Khodabandeh, a former Mojahedin of the MEK camp in Iran, has come to Tirana to persuade everyone that the Iranian opposition is not what it seems. In an exclusive interview with TemA TV she issues a few messages. Among other things she says that MEK is trying to recruit Albanian youth.)

Two of the Iranian mujahideen who fled from the Yzberisht palaces, where there are thousands, confess their experiences in Tirana. In an exclusive story for TemA TV they show how they reported dreams and thoughts to MEK leaders and then thousands of people gathered around them and laughed.)