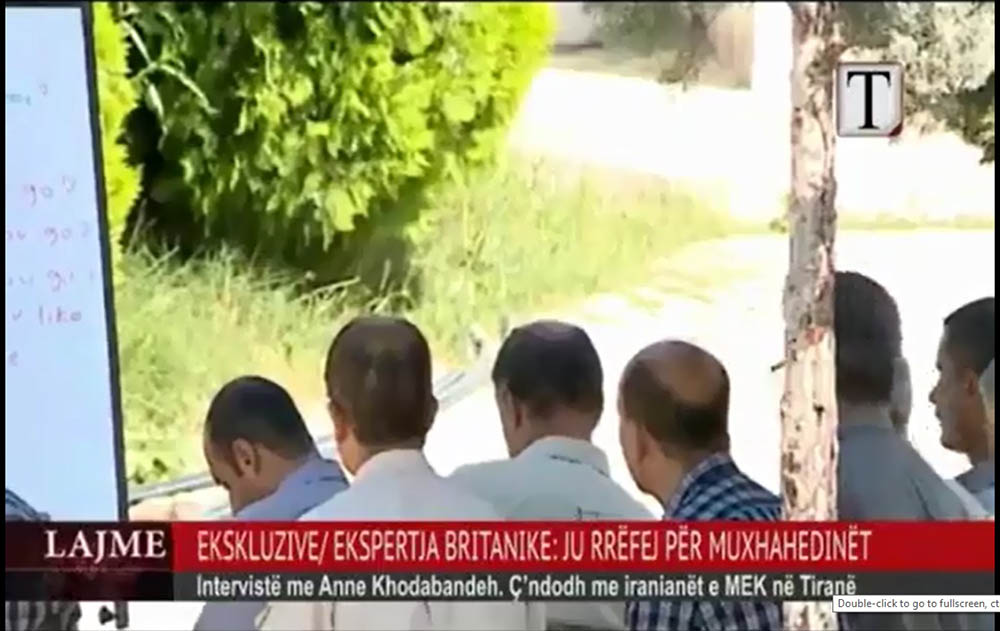 The strength of the Iranian Mojahedin organization in Albania is unconscionable. The organization in question – known as the MKO, the MEK, the National Council of Resistance of Iran, the Rajavi cult – not only wants the violent overthrow of the government of Iran, not only has it managed to recruit politicians, MPs and young Albanians in its campaign against Iran, but their power has already been extended to the media in Albania.

On November 8 and 9, the British activist and former member of the Mojahedin-e Khalq organization, Anne Singleton – Khodabandeh, visited Albania. During her stay, she visited several institutions and gave several interviews to the Albanian media, showing her experience in the process of deradicalization of violent extremists. Anne Singleton was interviewed by several television outlets including Ora News and TemA TV. She, along with some former Mojahedin who have separated from the jihadist organization and have been deradicalized, provided interviews showing their experience and suffering in the Iranian jihadist organization and the reasons why they decided to abandon jihad.

The TemA TV and Ora News reportage was widely viewed so that the Mojahedin organization in Tirana demanded a counter-response to her allegations. But the reportage to be broadcast by one of these television channels never appeared. The Mojahedin not only refused to answer questions from the journalist who went to interview them but visited the media’s editorial office and “convinced” the owner not to show the interview of the British activist.

While Ora News featured an interview with the British activist on 12 November 2017. However, today, two days after the interview of British activist Anne Singleton the broadcast has been deleted by Ora News from its channel on Youtube and from the news edition of the date 12 November 2017. The Iranian Mojahedin, this cultic and jihadist organization operating freely in Albania, seems to have extended its power not only to corrupt Albanian politicians but also to Albanian media. What is being written here is not conspiracy theory, but fact. Below are the hidden links of Ora News television where Anne Singleton talked about her experience with the Iranian jihadist organization:

The news edition of Ora News where interviews were conducted:

News Page where the news was deleted:

Here is the original interview in Ora News that was published by Gazeta Impakt:

Defectors of Mujahedin khalqMembers of the MEK in AlbaniaThe MEK; the HypocritesThe Third View on Mujahedin KhalqThe Threat of Cults
FacebookTwitterPinterestEmail
previous post