The MKO honored with the glories of terrorist Operation Great Bahman

As a general rule, most people support attacks against an occupying force as a defense tactic but this same publics find violence tactic unacceptable if directed against civilians and especially children. Among the victims of the Mujahedin khalq organization (the MKO/ MEK/ PMOI/ the cult of Rajavi) civilians are numerous.

From 1998 to 2001 the MKO was involved in more than 200 mortar attacks, bombings and hit-and-run raids on Iranian military units and government buildings and residential areas killing and injuring civilians and officials.

The MKO’s capacity to commit violent acts in Iran was so weighty   that the US think tank Brookings Institution finds the group an appropriate proxy force for the US government to destabilize the Iranian Government. The Brookings Institution’s “Which Path to Persia?” report presents the MKO as one of the “Potential Ethnic Proxies,” page 117-118 (page 130-131 of the PDF). “More recently, the group has claimed credit for over a dozen mortar attacks, assassinations, and other assaults on Iranian civilian and military targets between 1998 and 2001,” the report asserts.

February 2nd, 1998 signals a bombing in the waiting room at the entrance of Tehran’s Prosecutors Office in which several civilians including a nine-year-old boy named Milad Charvadari were injured. View the pics.

On February 5th, 2000 Mortars struck a publishing house Saturday evening in central Tehran, near key government offices including the Iranian president’s office and Parliament. One man, Mohammad Alijani, a 29-year-old employee at the publishing house, died in the explosions and four others were injured. Windows of the Golban publishing house, located across the street from the Judiciary building and top policy-making offices, were shattered and its walls pocked and broken in areas.

On January 9th and Feb 19th, 2000 three people were killed and four people were injured in the attacks on Chalsara village in Ilam province near the Iran-Iraq border.

The MKO glorified all these attacks in its official journals –as victorious operations of the group against Islamic Republic.  Actually, the normal pace of anti-Iranian operations increased during the Operation Great Bahman in February 2000, when the group launched a dozen attacks against Iran. The above- mention ones are just a few examples of thousands of innocent civilians who were targeted by the MKO agents. 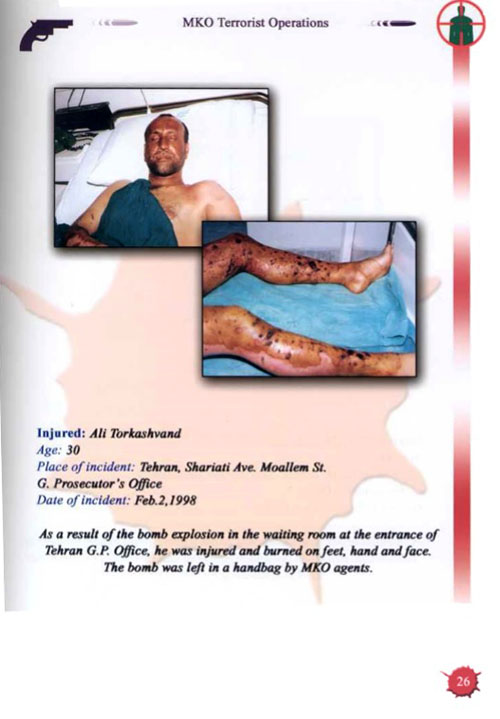 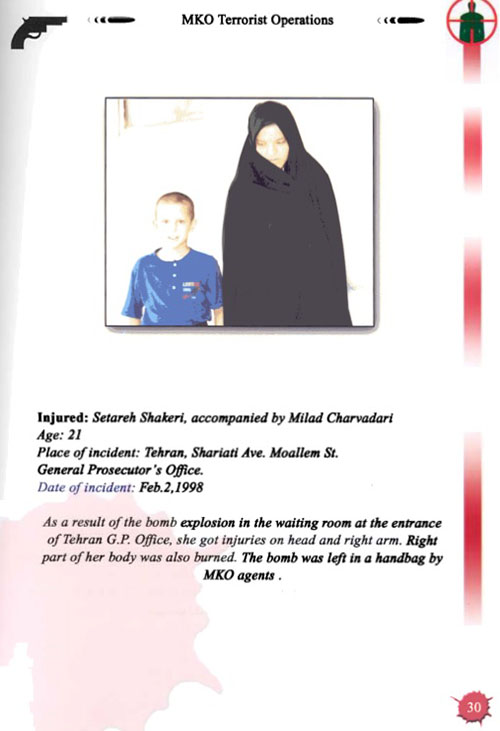 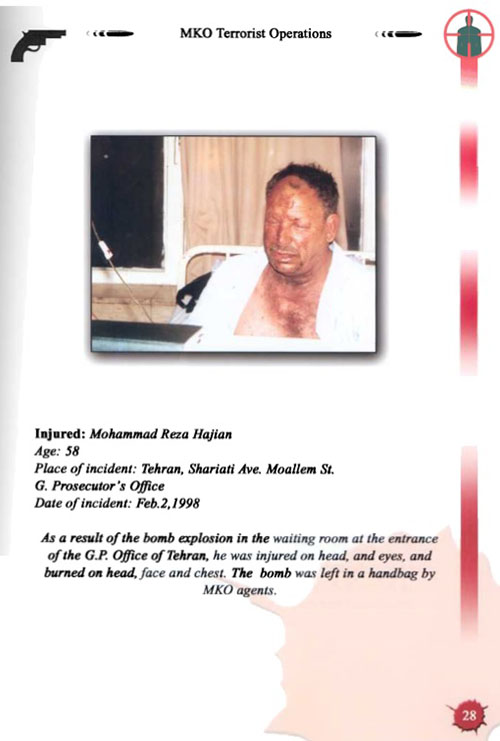 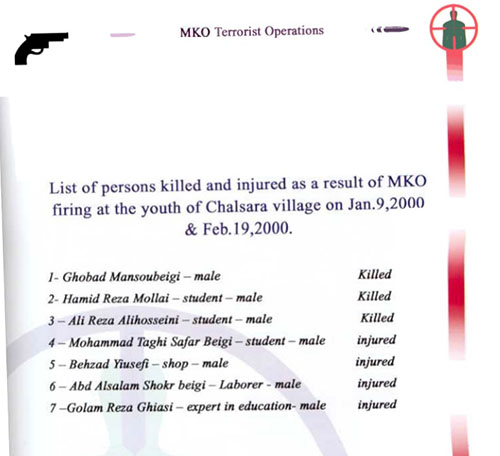 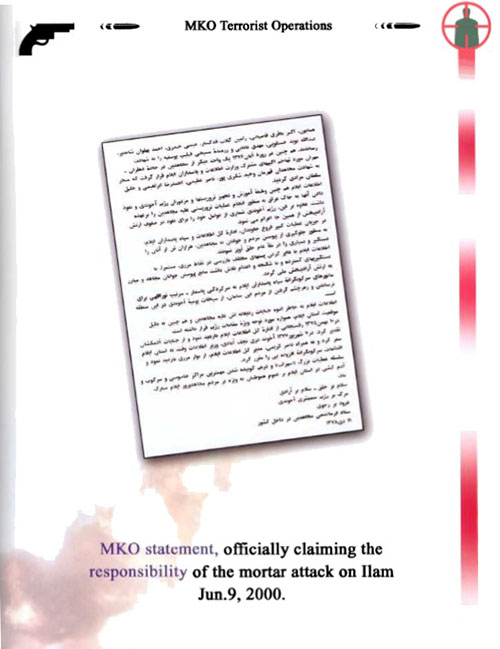 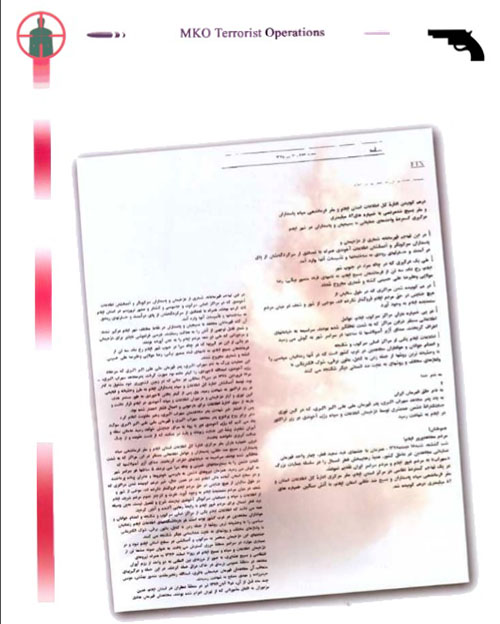