Gazeta Impakt has learned exclusively that two Iranian nationals, public television journalists for IRIB, who were detained today by anti-terror police on suspicion of terrorist acts, have been freed after being found innocent. The Iranian journalists were detained with another group of Iraqi-German nationals and other foreigners who had been officially invited to the Bektashi World Headquarters to celebrate Nouruz Day. 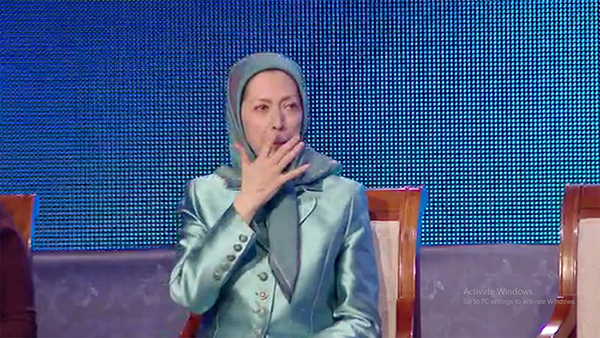 The Iranian nationals, who were detained by the National Intelligence Service and the anti-terror unit with the names F. Z., 65 and S.M., 59, were held at the police station from 11.00 am to 6.30 pm. The journalists, who had come to Albania on an official invitation from the Bektashi World Headquarters, were questioned about the Mojahedin, or MEK, terrorist group that Albania has hosted and protected since 2013. Anti-terrorist officials suspected that the journalists intended to commit terrorist acts against the Mojahedin terrorist group.

The ban on Iranian journalists was made on the order of Maryam Rajavi, the head of the Mojahedin terrorist organization – an organization known as the Rajavi Cult or the National Resistance Council of Iran. Maryam Rajavi complains in her speeches and in meetings with US senators, etc., that Iran has introduced secret agents to Albania in order to eliminate her Iranian jihadists who have killed thousands in Iran in the past. Maryam Rajavi and her organization attacked all those Albanian media which criticize this organization, accusing them of being related to the Brenshme Ministry or paid by Iran; attacking Albanian academics who go to Iran for scientific conferences or even Iranian ex-members in Albania who are abandoning this organization. Apparently, Maryam Rajavi’s finest hysteria is directed against senior Iranian IRIB journalists who had come to Albania to celebrate Nouruz Day with their Bektashi brethren. Maryam Rajavi, who suffers from the jealousy and hysteria of an impotent old man and desperate for power, demands that Albania and Albanians have no connection with Iran, against which the Mojahedin have declared war. Preferably widow Maryam Rajavi would like Albanian citizens to head off former Prime Minister Pandeli Majko in going to Iran to make jihad against Iran in order for Rajavi to become president of the country.

The ban on Iranian journalists angered the Bektashi community and their own president, Baba Edmond Brahimaj, who sent his secretary to the Tirana Police Department and demanded the release of the journalists. The attack on Iranian journalists, their detention as if they were terrorists, under Maryam Rajavi’s orders, shows that Albania has already turned into a state that has been put in the service of international terrorism and the terrorist organization MEK. This organization, which two days ago celebrated Novruz in Tirana with former New York City Mayor Rudy Giuliani, is determined in its violent and terrorist fight against Iran. Encouraged by many US and Israeli extremist circles, Rajavi wants to undertake terrorist acts against Iran, thus breaking the Albanian criminal code, which condemns terrorist activity.

Maryam Rajavi’s campaign of defamation against the free media, Albanian academics and Iranian journalists, shows the anti-democratic schizophrenia of this organization. The Iranian Mojahedin do not believe in freedom of thought and of the press.

They are a dictatorial group that worships terrorism and violence. In the past, they have killed hundreds of journalists, intellectuals, and civil society activists in Iran, Iraq and Turkey. Hereinafter, Albania will face the hysteria and terrorism of the Iranian Mojahedin who cannot live in a free and democratic world.