In Albania last week, two Mojahedin-e Khalq (MEK) members asked permission from their commanders to leave their base, Camp Ashraf Three in Manza, to visit the graves of MEK buried on the outskirts of Tirana. After leaving the camp they travelled to the UNHCR in Tirana to ask for refuge. They are now living among over two hundred other dissociated members in Tirana. 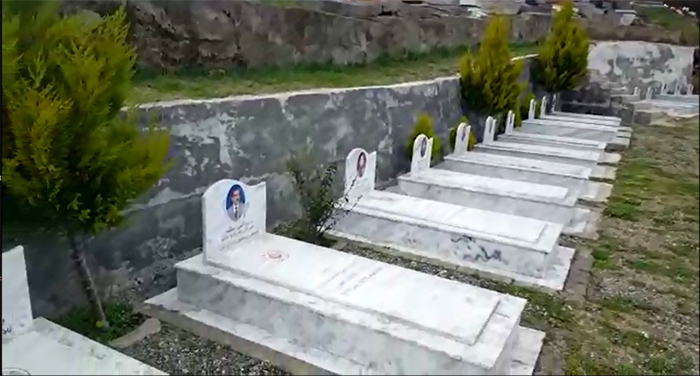 This event tells us several disturbing things about the MEK in Albania.

First, that MEK members must ask permission for an activity as simple as visiting a graveyard. Second, that members are trying to escape the group. Conditions inside Camp Ashraf Three are difficult to independently ascertain. It is a closed camp. Not even government agencies such as security services and customs are allowed inside. The UNHCR cannot freely visit and inspect the premises. But according to conversations with dissociated members in Albania, it seems the residents are suffering the same conditions as they did in Iraq. There they were held in conditions of modern slavery and forced to undertake work for the group with no pay. Every aspect of their everyday lives was dictated by the leader Maryam Rajavi (who took over after the death of the cult leader Massoud Rajavi); who they spoke with, what they believed in and even what they ate and wore.

The event also alerts us to the fact that many MEK are dying in Albania. According to dissociated members speaking anonymously, there are three times as many deaths by natural causes in Albania as there were in Iraq. In Iraq the MEK excuse was “no doctors”. It would be interesting to discover what the MEK excuse is now.

One reason, of course, is that many of the MEK are elderly, many are sick. The average age of MEK members is above 60. At this age most people would be looking forward to a comfortable and relaxed retirement, to allow the younger generation to take over their work. Not the MEK. They have no younger generation after forced divorces and the removal of children left an ageing polity. Members must work until they die. Recruitment has proved extremely difficult because the group is hated by almost all Iranians. As a result, the MEK resorts to deceptive recruitment and coercive control for maintaining members.

One aspect of this deception is that rather than being ‘refugees’ as the MEK claim, the members have legal status in Albania. The government of Iraq did not allow them refugee status in Iraq because they are terrorists. They were brought to Albania by the UNHCR without travel documents; each migrant was given a piece of paper stating, ‘on humanitarian grounds’. Similarly, the government of Albania does not allow the MEK members or ex-members to be given either refugee status or residence or work permits. The secret agreement between Albania, the US and the MEK leader struck in 2013 included the provision for de-radicalisation once the members arrived in Tirana. This did not happen; the earmarked budget remains untouched in the American embassy, the MEK remain radicalised for terrorism.

The graveyard also raises another disturbing issue. There are sixteen public graves. It is reported that many others have since died but the MEK now buries them inside Camp Ashraf Three. It has already been ascertained that independent investigation cannot take place there, so it is not known how many graves there are. In Iraq there were hundreds.

The number of graves matters. When the US army detained the MEK in 2003, there were 3,800 members. (See  RAND Corporation – The  Mujahedin-e Khalq  in Iraq A Policy Conundrum, Summary xiii.) Over the next fifteen years, attrition of members through dissociation, conflict, deaths by natural causes, suicide and murder meant that when the UNHCR brought the last group of MEK to Albania in September 2016, the total number relocated was 2,901 individuals with 2,745 remaining at the end of that year. Since then well over two hundred have left; some departed Albania, around two hundred remain destitute in the country.

However, according to a report from US Senator Robert Torricelli, an official representative of the MEK, there are currently over four thousand MEK in Camp Ashraf Three. Where did the extra numbers come from? Are these MEK or are they the widows and orphans of killed Daesh members which investigative journalist Gjergji Thanasi discovered were destined to be the next controversial influx of undesirables dumped on Albania by the Americans. Have some already arrived?

Thanasi made the discovery while investigating import permit irregularities linked to the construction of MEK’s closed Camp Ashraf Three. This led to the further discovery that MEK is not registered for tax and does not conform to any Albanian law or customs or morals. And since the MEK members are not registered anywhere – they have no identification documents, have no work permits and pay no taxes – they could be anyone. The four thousand residents of Camp Ashraf Three – with its small-arms firing range, reinforced concrete armoury, three-meter wall and guard turrets – could be literally anyone.

Yet instead of investigating this disturbing situation, with some notable exceptions, Albania’s media have seen fit to uncritically publish the MEK’s defamatory statements aimed at silencing critics and diverting attention from their criticisms. When confidence tricksters do this, it is called ‘misdirection’; divert the attention of the target while they are robbed. When the MEK do it, it is called politics.

If it was the intention of some Albanian media outlets to politicise the MEK presence in the country, and by doing so bring the conflict between America, Israel and Saudi Arabia with Iran, to Tirana, then they have succeeded. However, it is surely not the role of an independent, objective media to act as a mouthpiece for any side. It is far more fitting for serious journalism to investigate the serious and evidenced allegations of human rights abuses, modern slavery, tax evasion, people trafficking, political corruption and facilitating terrorism which are levelled against the MEK, and report the facts to their country’s citizens.

Anne Khodabandeh, is an expert in anti-terrorist activities and a long-standing activist in the field of deradicalization of extremists. She has written several articles and books on this subject, along with her husband, who is of Iranian origin.