Bolton has also long backed a cultlike Iranian opposition group, the Mujahideen-e Khalq, or M.E.K., which has been held responsible for the murder of multiple American military personnel, a kidnapping attempt of a U.S. Ambassador, and other violent attacks in Iran before the 1979 revolution. The M.E.K. was based in Iraq during the regime of Saddam Hussein, who provided arms, financial assistance, and political support. In 1997, it was among the first groups cited on the U.S. list of foreign terrorist organizations. It wasn’t removed until 2012. Bolton spoke at an M.E.K. rally last year—for the eighth time—in Paris. Other speakers at M.E.K. rallies have reportedly been paid tens of thousands of dollars for their appearances.

There have been quite a few former officials, politicians, and retired military officers that have been cheerleading for the MEK over the last few years, but Bolton is one of their oldest and most consistent American supporters. It is a measure of how terrible his judgment is and how fanatical his desire for regime change in Iran is that he has become a reliable booster of a group that most Iranians despise. The MEK may not be on the U.S. list of foreign terrorist organizations any longer, but it is still a disreputable and despicable group. It is considered a totalitarian cult for good reason. Elizabeth Rubin wrote about them and their American fan club back in 2011:

As a senior State Department official told me, “They are the best financed and organized, but they are so despised inside Iran that they have no traction.” Iranian democracy activists say the group, if it had had the chance, could have become the Khmer Rouge of Iran.

“They are considered traitors and killers of Iranian kids,” said the official, who spoke on the condition of anonymity because the Mujahedeen Khalq’s status on the terrorist list is under review. “They are so unpopular that we think any gesture of support to them would disqualify and discredit us as being interested in democratic reform.”

Trump’s rhetoric about supporting the Iranian people was always empty, but promoting someone with Bolton’s views and connections to the highest level of government shows just how disingenuous that rhetoric is. Whenever Bolton talks about supporting “the Iranian opposition,” these cultists are the people he’s talking about. When he talks about regime change in Iran, he thinks that these are the people that should take over. To date, no American MEK booster has risen as high in the government, but now the group will have an admirer advising the president on a daily basis. 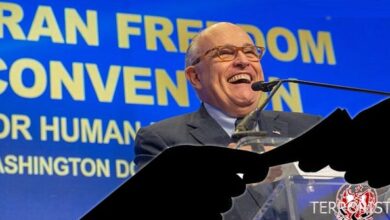 Giuliani works for foreign clients while serving as Trump’s attorney 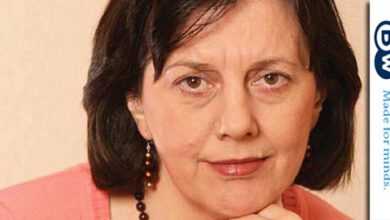