On June 19, 2018 Albanian police were officially informed by the Iranian Mojahedin (MEK), stationed at Camp Ashraf 3 in the Administrative Department of Manze, that a 47-year-old Mojahed named Malek Shara’i was drowned in the Rrotull village reservoir. According to the 4 Iranian Mojahedin who were with Malek, he got into the reservoir to help a friend of his who was at risk of drowning. Fortunately, the friend had escaped, but Malek was drowned in the irrigation channel. Albanian police sent divers of the special police unit RENEA as well as Durrës Port Authority divers to search for his body. 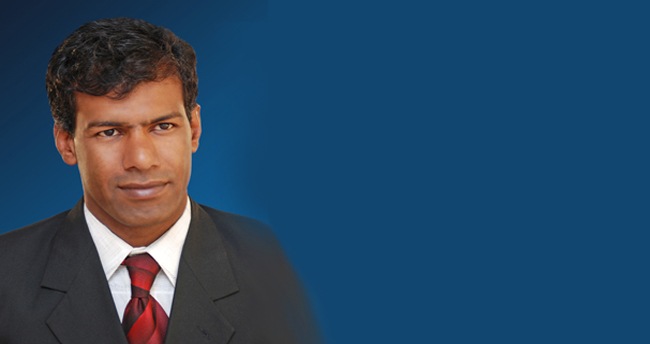 This is a possible assassination which raises a series of questions that create reasonable suspicion of at least one extrajudicial murder and also possibly, terrorist acts in Europe. Police initially reported finding clothes belonging to the missing victim on the shore of the reservoir, while the Iranian MEK of Camp Ashraf 3 officially insist that Malek jumped into the water fully clothed to save his companion (Sic!). Though for a week the search for his body engaged 5 trained and experienced divers of European standards, the body was not found. The searches have already been called off and for the Albanian police, the Iranian is officially considered a missing person.

This lack of shame raises many questions. The reservoir in the village has a small surface area and its maximum depth when full does not exceed 3 meters. In such a reservoir, small, not deep, with few or no reeds along the shore, our divers would have already found the body. Divers at the Durres Port Authority on Wednesday, as they were carrying out training activities at the Port of Durmitor, confirmed to me that they had not found the body and had stopped searching the reservoir.

Another question is the haste with which the Iran MEK declared Malek Shara’i a martyr [without finding a body]. Just as the President of the Republic, Ilir Meta, might decide to decorate Naim Frashëri after his death with the decoration of the Golden Eagle, the Trimestral Order. There are also similar precedents, for example, when Haxhi Lleshi awarded the late Zeliha Allmetaj with the high prize of the heroine of Socialist Work.

Leaving aside sarcasm, let’s ask the question publicly: If the Iranian’s body was not found in the reservoir, what really happened to it? Due to previous cases in Iraq in Ashraf and Liberty camps, Malek’s “martyrdom” is likely to have been executed by Madam Rajavi’s organization itself. Such executions without a trial or “partisan” trials, or as the English say, “Kangaroo Courts”, have often occurred in the ranks of the MEK. If such dirty work is true, it would be a scandal for Albania and should attract the attention of international media. We do not know the secret agreement of Prime Minister Rama about the transfer of these three thousand Mujahideen MEK to Albania, but I, as an Albanian patriot, cannot believe that the Prime Minister of my country, who portrays himself as a descendant of our rebels, would grant to Madam Rajavi’s people the right to extraterritoriality on Albanian soil. The April 1961 Vienna Convention on Immunities and Diplomatic Privileges did not accord to foreign diplomatic missions such rights over the life and death of their staff as these Iranian Mojahedin MEK, were officially offered when they were given shelter for humanitarian reasons on Albanian soil…

…Albania, my homeland, a NATO member country, and a candidate for becoming a member of the EU, is failing by being labelled the “Sick man of the Adriatic”. If Madam Rajavi’s men in Manzas have been murdered without trial or after a “partisan trial”, it is up to the Albanian prosecutors to open a criminal case for deliberate murder (first-degree murder). If Prime Minister Rama, in the agreement he has signed, has also given the Iranian Mujahideen MEK the right to extraterritoriality, then we are dealing not only with a violation of the law by the Prime Minister, but with national treason which under the Albanian Penal Code carries a sentence of 15 years imprisonment to life imprisonment! We hope that the Prosecutor General’s Office and the President of the Republic will pay due attention to this case, which is the question of the sovereignty of the Republic of Albania in its national territory!

In the case that Malek is still alive, we are dealing with a series of offenses ranging from human trafficking (as a light criminal offense) to terrorism. For such criminal acts, Madam Rajavi’s organization has precedents in Iraq. Malek, if alive, could be equipped with a biometric Albanian passport falsely provided by the system. With such a passport, the holder enjoys visa-free travel in all EU countries and the Schengen area. As a minimum we have human trafficking in this case. If Malek, equipped with such a passport, is sent to Europe to commit terrorist acts, then my homeland is stained, due to the irresponsibility of the current government, with supporting terrorism. Even worse, if Malek is provided with an Italian identity card for between 600-800 pounds sterling, then human trafficking or terrorist infiltration can also be carried out in the United Kingdom; the cost of such a document is completely sufficient to enter the United Kingdom (England) as well. As revealed by an investigation by the UK’s Daily Mail, such counterfeit Italian ID cards are easily purchased on the black market in Albania. http://www.dailymail.co.uk/news/article-5889915/Forged-EU-identity-cards-used-enter-UK-illegally-order-just-THREE-DAYS.html

The above assumptions are not an Agatha Christie style fantasy. Until the body of Mojahed Malek Shara’i has been found, they are quite probably a reality. It is the professional and patriotic duty of Albanian journalists, that Malek’s case is not passed over according to the ‘three-day wonder’ principle. Whether a case of extrajudicial murder, or a case of trafficking or, God forbid, a case of attempted terrorism, the consequences fall on Albania, its name, its nationals and not the Government Rama as a signatory to the mysterious agreement for transferring over 3000 Iranian MEK to Albania for humanitarian reasons.