Reza Hassanzadeh was a war prisoner when he was recruited by the Mujahedin Khalq Organization (the MKO/ MEK/ PMOI/ the Cult of Rajavi). He has not been allowed to contact his family for over 30 years. 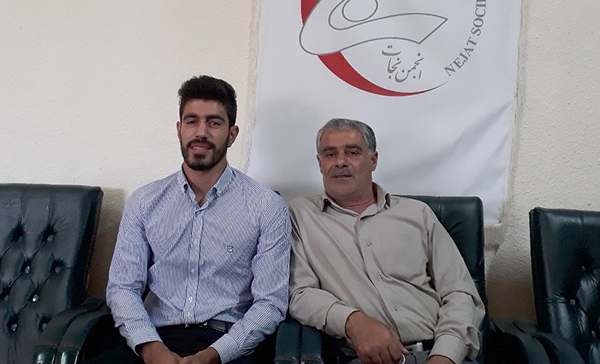 Hassanzadehs went to Camp Ashraf, Iraq several times but they were not allowed to visit their loved one, Reza and even they were assaulted by the MKO agents at the gates of Camp Ashraf. Reza’s big brother Jaafar was wounded by the group agents.

Nejat Society’s representative at Gilan office explained for the Hassanzadehs that the MKO’s declining situation in recent years has made its leader Maryam Rajavi resort to the American warmongers pointing out the recent gathering of the group in Paris where a number of American paid speakers addressed the audience in favor of the group.

“The Villepinte show has just an internal feedback for the group in order to keep the miserable members as hostages in the cult-like structure of the group,” told Nejat official Pourahmad.

Jaafar Hassanzadeh called the MKO leaders’ claims for ruling Iran as ridiculous. “The Rajavis tell a lot of lies,” he said. “I traveled to Ashraf several times so I got to know them better. In response to my absolute right to visit my brother for only a few minutes, they threw rocks at me and broke my head.”

“A group with no democracy in its relations cannot bring democracy to Iran, they are just flattering for their American, Israeli and Saudi masters,” he added.

Nejat Society Gilan office look forward to the salvation of the hostages of the MKO.