Although it is thought that the dictatorship of communism was perished with the collapse of the Soviet Union, the monster is still alive. One may find it strange that the symbolic world that George Orwell depicted in “1984” is still practiced in some communities. As a former member of the Mujahedin Khalq Organization (the MKO/ MEK/ PMOI/ the Cult of Rajavi), the book might astonish you with the huge similarity of the real world inside the MKO and the fictional world in Oceania – the fictional country in the book.

“I was in Turkey in 1992 when a friend recommended me reading “1984” of George Orwell,” writes Mehdi Khoshal, ex-member of the MKO.
“I read the book three times in six months because it was very similar to the situation inside the Cult of Rajavi that I had personally experienced.”

Creating the fictional world of a dictatorship in 1984, George Orwell coined some words and expressions that are called ‘Orwellian’, defined by the Oxford English Dictionary as “Characteristic or suggestive of the writings of George Orwell, esp. of the totalitarian state depicted in his dystopian account of the future, Nineteen Eighty-four”.
It’s the dystopian substance of Oceania which fits so accurately with the Mujahedin Khalq Organization. It is 2019 and members of the MKO are living in an Oceania-like world. This means that ruling system in Oceania is not only a government but also a life style that removes individuality from human beings and make them follow the community and its ruler.
The parallel of the term “Big Brother”—referring to the absolute leader of Oceania—is “Brother Massoud” referring to the co-leaders of the MKO.

Using the terms brother or sister is a successful attempt to diminish the notion of family in the minds of members of the community. Big Brother and Brother Massoud neglect the identity of members. Under their rule, mother and father are taboos. Members should revolt against the opposite sex.

According to the symbolic world that George Orwell creates in “Animal Farm” and “1984”, totalitarians can be communists, fascists or terrorist extremist like ISIS and the MKO. The leaders of the MKO were the leftist Islamists in 1970s but turned out to extremist cultists who rule their rank and file by their propaganda that launches lie, hatred, war and hypocrisy among the public.
George Orwell also created the word “doublethink” in his dystopian novel. “Doublethink is the act of holding, simultaneously, two opposite, individually exclusive ideas or opinions and believing in both simultaneously and absolutely”, based on Oxford dictionary.
In “1984”, the three slogans of the party — “War Is Peace; Freedom Is Slavery; Ignorance Is Strength” — are obvious examples of doublethink. The act of doublethink also occurs in more subtle details throughout the novel. In the MKO, members are called “freedom fighters” but they are not free. They are not allowed to leave the group. They are called “unique gems” but they bear sever verbal and physical abuses under brainwashing programs imposed by the group leaders everyday.
The novel explicitly shows people learning doublethink and newspeak due to peer pressure and a desire to “fit in”, or gain status within the Party—to be seen as a loyal Party Member. In the novel, for someone to even recognize—let alone mention—any contradiction within the context of the Party line was akin to blasphemy, and could subject that person to disciplinary action and to the instant social disapproval of fellow Party Members. This is exactly what the MKO members have been enduring in their everyday life at least for the past three decades. Amir Yaghmaiee who once has been one of the MKO militia recently recounted the very contradictions he experienced inside the MKO. He ultimately could manage to leave the group after the American invasion of Iraq. He was under a 24-hour-long brainwashing session just because he had declared his willingness to leave the group. [link of the video]
1984 demonstrates the rule of ignorance instead of the rule of wisdom. Isolation and brainwashing of members of the community leads to the ignorance of the public opinion. In Oceania, technology in form of telescreens and televisions brainwashes people. In the MKO, the group’s satellite TV and its websites together with the bots in the social media deviate the realities, cover the truth and launch misinformation.
Big brother is alive even if brother Massoud is dead. Brother Massoud is a notion that rules the minds of victims of the MKO.
Mazda Parsi 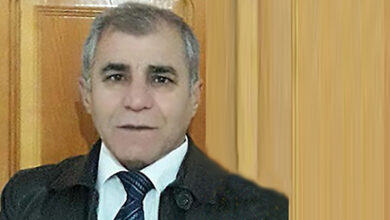 Another member of the MKO left the group 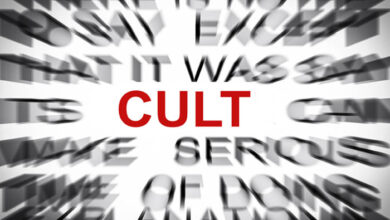 MEK, More like a Cult than an Opposition Group