To define this issue, you should first discuss the leadership in MKO. I mean that they consider the relationships of a member limited to his relationships with the leadership only. In fact, the position of the leadership is so special that everything is defined or formed on that base. The first paragraph of the manifesto of the ideological revolution says: "there is an obstacle between  each member and the leader" which should be removed. For example Rajavi officially questioned that: "who is in the bottom of your heart?", and then declared that "I want Maryam to be there instead."

It is definitely funny to fill the bottom of our hearts with someone else (other than Masud). When Masud says that he doesn’t want anyone – parents, relatives, spouses … – to be in the bottom of our heart except Maryam, he means that the members should only be with him. "Maryam" is the nickname for Masud. This is also a deceit because they indirectly say that the substitute for parents, children, and spouses … is Maryam. Maryam, is just a puppet who must praise Masud every day. They have set a structure that her daily job is to lead the members, canalize them and control them for the time Masud wants to launch an operation and achieve his goals.

For Example, they clearly declared that every individual resembles a mathematical fraction. It means that everyone consists of a numerator and a denominator. They say that the numerator is Maryam and the denominator is Masud, Where the numerator equals breath and the denominator equals blood. It means that so long as the member is alive and is breathing, he must work for Maryam and whenever Masud desires, he must sacrifice his blood . Therefore, they own the individuality of the member. And this was the reason for Maryam’s election as a co-leader. Masud chose a woman who was in fact his comrade’s wife. He sought after her. Then they married and their story began: Maryam became the first person in charge of MKO (after Masud who was the spiritual leader) and they carried on until Maryam said: "every member of the organization should follow my path.” This was defined  differently for men and women. Basically in this way, they elected the first group of leadership council : they chose the female members who acted as  Masud desired. They had to perform exactly what Masud commanded . They left aside the male members. Why? Because they didn’t want to make the changes Masud wanted. Women fit in the system founded by Masud more easily than men. The women members didn’t do anything by themselves; they executed Masud’s orders more according to his wishes. There are so many male members in MKO who are more knowledgeable, more intelligent and even more skillful than Masud. In that system of controlling, Masud could make all of them to obey his orders. The women were taught how to control the men. In order to prevent men complaining, they gave some of them titles such as "Pins", "Columns" … (cult jargons) and used them in some tasks which are typically men’s work. But actually, the most private problems of men were studied by the women members of the Leadership Council. The worst one was Nasrin (Mahvash Sepehri) who encountered them in the meetings.

Of course, the leadership Council often had arguments that Rajavi had to come and solve the problems personally. I remember when in 1995 the members of the Leadership Council were passive and disappointed, Masud Rajavi held lengthy meetings (15 to 30 days) called the Second Constitutors to convince them. However, Rajavi had the ability to do so. For example he is told that someone has a problem. Rajavi calls him to the microphone and starts up a conversation with him, and after convincing him they finally conciliate. Rajavi is already informed of what kind of personality that member has or what his problem is because his monitoring system has fed him with all information. For example, he knows that the member’s child is dead. He says to him: "well, Reza do you think about your kid?” and poor Reza wonders "what a smart leader he is! He knows everything about me!" therefore Rajavi convinces him that the leader is an extraordinary person who has good relations with all members and remembers all their private issues. Sometimes, they hold some primary meetings before the main meetings. During a primary meeting, they start admiring Masud, describing his abilities and different dimensions of his life, his personality, his activities and the high-quality of his revolution and the short hours of his sleep.  Then, they say "you should join such an eternal origin".

She has silly strategies saying that "we will enter Iran, we will overthrow the regime" but those who are skillful in politics know that this is quite impossible, yet Maryam told the hesitators: "You can’t understand this because what Masud says happens after a few years.

She tried to give him significant characteristics saying that he is linked with an eternal origin.

Sometimes Masud did the same for Maryam. He began to admire her and Maryam apparently complained against his compliments. This was a game between them.  These disgusting relations makes the people outside the organization believe that MKO is a cult of personality. All authorities have to submit their members’ reports to Masud. And Masud reads them all.

Every year, on New Year’s Day they give some gifts to the Leadership Council members to affect them emotionally. The gifts include sister Maryam’s watches or necklaces … or gold medallions with Masud’s portrait on them.

To convince the members to attempt self-immolations or suicide bombing operations, Masud visited them and had a party with them and clearly told them "You shouldn’t get arrested alive, in case of being arrested you have to kill yourselves immediately. "They falsified all religious Hadith (quotations of the Prophet), and even Quran was interpreted in their own way to legitimize the suicide bombing attacks.

Besides, Maryam Rajavi was considered superior to a normal leader. Rajavi’s ambitions are to make Maryam a leader like Masud, an avant-garde of revolutionaries who can replace Masud in his absence. She meets Lords, deputies and MPs. She creates an atmosphere to present a false picture of Masud, herself and MKO. 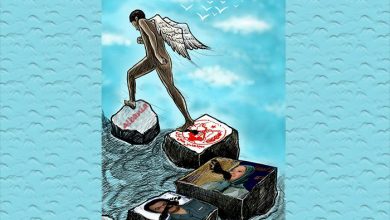