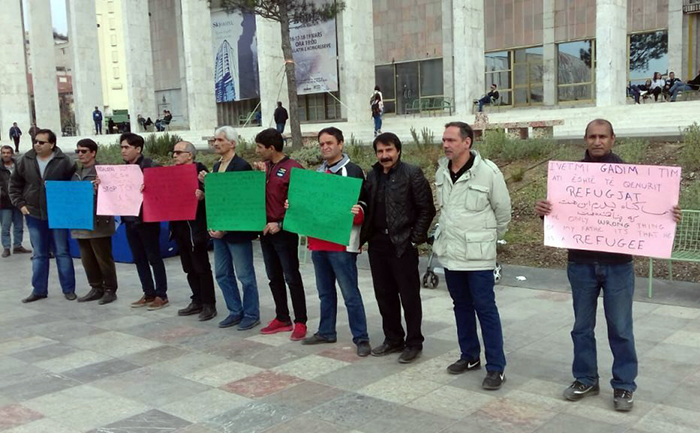 About forty former members of the MKO gathered in Eskandar Beik square in Tirana to call on High Commissioner of Refugees to accomplish its responsibilities regarding the defectors of the group. They took action against the HCR that used to recognize them as refugees until they were members of the MKO but stopped its aids immediately after they left the group

“We have a lot of health and financial issues,” the defectors proclaimed. “We wasted twenty to thirty years of our life in the MKO under the poorest condition. Why don’t the HCR and the Albanian authorities care for our judiciary status as refugees?”

Protesters’ main demands are the followings:

Citizens of Tirana passing by the peaceful protesters offered sympathy to them after they read their placards. The action was covered by the Albanian News media and TV reporters interviewed the protesters.