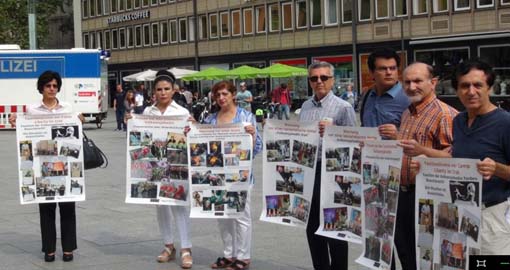 Participants at the rally declared their support for the MKO hostages’ families’ certain right of visiting their loved ones. Sympathizing with the suffering families, they urged the human rights bodies to facilitate their visit with their beloved family members.

They also warned Europe about the threat of the MKO destructive cult entry and spread through their states.

The MKO destructive cult is spreading throughout Europe as its members who are under severe Cult manipulations are entering Europe, ex-members reiterated. 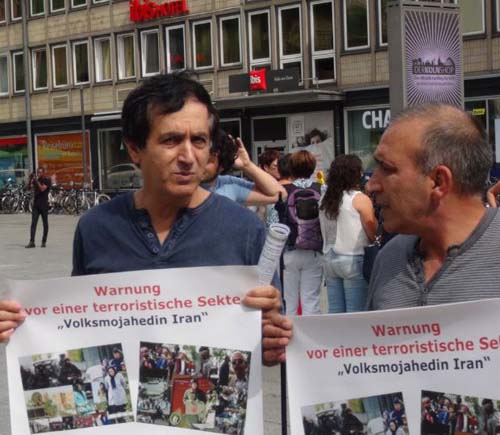 Holding brochures and photos of the MKO Cult’s high-ranking members in Germany and France and also giving some information on their clandestine activities, former members sought to reveal the true face of the MKO destructive cult to the audiences. 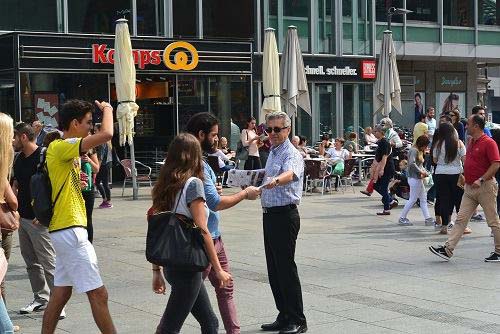 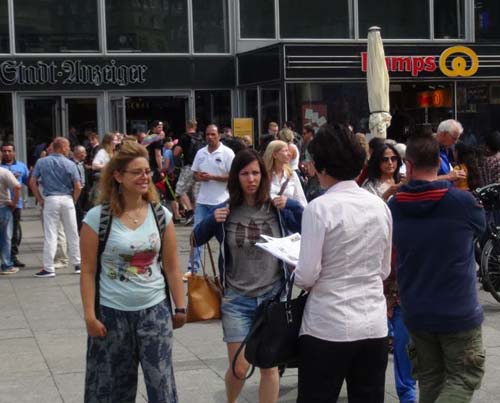 Hundreds of brochures handed out to the visitors. The brochures included compendious reports on the terrorist activities of the MKO Cult, smuggling terrorists to Europe by fake identities, self-immolation of the Cult members in 2003, … .

In separate interviews at the end of the protest gathering, former members reiterated their support and sympathy to those who are taken as hostages and their families. They insisted that the members should be recognized and relocated as independent individuals rather than members of the MKO.